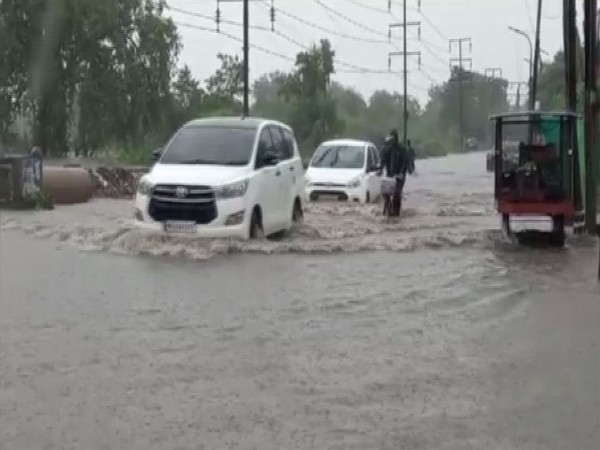 Nagpur (Maharashtra) [India], July 9 (ANI) Heavy rains in Nagpur have led to heavy waterlogging inundating houses and streets in several parts of the city on Friday.

“Residents of our locality have lodged complaints several times about a lack of drainage system but nobody from the administration has attended to them,” a local said.
A local from the Jerrypatka colony in the city said they had been facing a problem of waterlogging for long and compained about lack of a proper drainage system.

“We do not have the access to the basic amenities, even the authorities do not take any initiative,” he said.

Another local told ANI: “Considering we live in the slums, this may be the reason that no one has been attending to our complaints”.

However, a senior official from the Nagpur Municipal Corporation (NMC) said the civic body attends to all the complaints it receives.

“We have received 52 complaints from the residents till now to which all of them have been resolved, additionally teams have been sent from the corporation to each place from where the complaint was filed,” the official said.

According to the MeT department warnings there is possibility of heavy rain in the area.