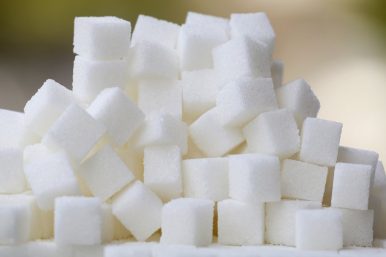 India, the second biggest producer of sugar, is likely to surpass Brazil as the world’s top sweetener producer soon. According to analysts, this may happen as recently as next sugar year, which will begin in October. Last year, India produced 32.3 million tonnes sugar and this is expected to go up to 33-35 million tones this year.

While India’s sugar output is expected to rise not only due to various factors like subsidy schemes, in Brazil, mills are allocating more cane for ethanol production. Also, low investments have affected cane yields in Brazil, which has been the leading sugar producer since 1990. According to indications, sugar output in Brazil may decline by 10 million tonnes to reach 30 million tonnes. Last year, Brazil produced was nearly 40 million tones of sweetener.

On the other hand in India, according to an Icra report, early estimates suggest that production could increase by 10 per cent to around 35 million tonnes in SY18. It will add to the existing sugar surplus in the country. The domestic sugar industry is grappling with a situation of excess supply, which is likely to make sustainability of price recovery uncertain. Further, increase in inventories is likely to result in deterioration in gearing and liquidity indicators for most sugar mills in near term. While sugar prices have recovered to around Rs 32,500-33,000 per million tonne (ex-mill Uttar Pradesh) from a low of Rs 26,500 per million tonne in May on the back of recent government measures, the sustainability is uncertain given the oversupply conditions.

“Another year of bumper production at 35 million tonnes in SY19, as per the preliminary estimates, is likely to be higher than at least 9 million tonnes than the consumption, adding to the existing sugar surplus in the market.

“Significant increase in the sugar production by around 60 per cent YoY in SY18 is likely to result in closing stocks between 9-9.5 million tones even after considering the successful implementation of the 2 million tonnes exports. However, export of entire 2 million tonnes might pose a challenge, given the subdued global sugar prices. Hence, while the prices have recovered after the announcement of a bailout package for the industry, Icra expects pressure on the sugar prices, given the continued oversupply scenario,” said Sabyasachi Majumdar, senior vice-president and group head, Icra Ratings.

India has been struggling to export its surplus as prices in the world market are trading at steep discounts to local prices. The world sugar market too will find it hard to absorb more than 2-4 million tonnes of sugar in the next 12 months because of reasonably enough sugar stock, analysts said.

Explaining the domestic pricing scenario, Majumdar said with sugar realisations likely to be under supply-induced pressure in SY19, this is likely to result in margin pressures as well as the increase in cane arrears. Also, the effective increase in the fair and remunerative price (FRP) by 2.5 per cent for SY19 could also trigger a rise in the state-advised price set by the governments in some states.

“Apart from causing margin pressures, higher cane prices may further incentivise farmers to keep sowing cane, which could exacerbate supply pressures in the medium term. Notwithstanding the government support, the operating environment for sugar mills in the short-term will be challenging. Further, the long-term viability of the sugar mills will remain critically dependent upon ensuring linkage between prices of cane and sugar, especially in the SAP-following states,” said Majumdar.