Home All News How Far Will Aid For Sugar Go? 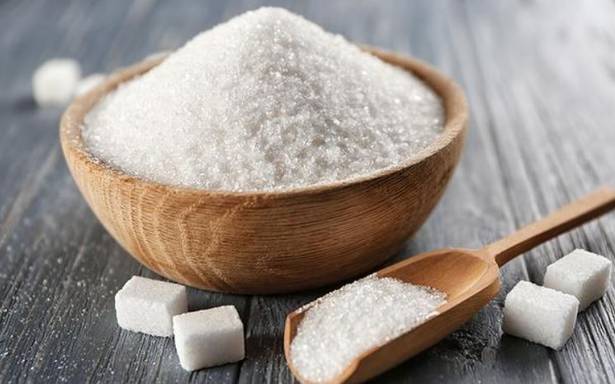 Last week, the Union government approved financial assistance of Rs 5.50 per quintal (100 kg) for cane crushed by sugar mills in the ongoing 2017-18 season (October-September). This money would be credited directly into the bank accounts of farmers, who haven’t received the “fair and remunerative price” (FRP) for sugarcane fixed by the Centre. Will the scheme be effective as cane payment dues to growers touch Rs 20,000 crore in a year leading to national elections?

How significant is the support that has been announced?

Quantitatively speaking, it isn’t much. The Centre’s FRP of cane for 2017-18, taking an average 10.7% all-India sugar recovery by mills, is around Rs 287 per quintal. The Uttar Pradesh government’s “advised” price is even higher — Rs 315/quintal for normal and Rs 325/quintal for early-maturing cane varieties. Mills claim they cannot pay farmers beyond 75% of their realisations from sugar. Ex-factory sugar prices are now at about Rs 25.50-26 per kg in Maharashtra and Rs 27 in UP. If a mill produces 10.7 kg of sugar from crushing a quintal of cane, and sells at Rs 27/kg, the maximum it can pay is Rs 217 per quintal. The Rs 5.50/quintal assistance, clearly, cannot bridge the gap vis-à-vis the FRP of Rs 287 per quintal, let alone the UP government’s Rs 315-325 price.

So, what’s the big deal about the announcement?

The Centre’s Sugarcane (Control) Order mandates mills to pay the FRP within 14 days of cane purchase from farmers, failing which 15% annual interest is charged on the due amount for the period of delay. However, the official statement following Wednesday’s Cabinet meeting — that the Rs 5.50/quintal assistance is meant “to help sugar mills to clear cane dues of farmers” — is an admission by the Centre about the inability of factories to pay the FRP. Further, such assistance “will be adjusted against the cane price payable [based on] FRP”. That amounts to giving mills considerable leeway in paying even the minimum cane price under the law.

How have things come to this pass?

Through the usual problem of overproduction, even though its extent is something that has thrown the calculations of millers, traders and even the government out of the window. The country’s sugar output in 2017-18 is expected at a record 31.7 million tonnes (mt), a 56% jump over the last season’s level. Even more spectacular is the production rebound in Maharashtra, from a 12-year-low of 4.2 mt to an all-time-high of 10.7 mt (see table). It has led to ex-factory prices crashing by Rs 9-10 per kg since the start of the season. With the total availability of 35.5 mt (31.7 mt production plus opening stocks of 3.8 mt) and estimated domestic consumption at 25 mt, there is too much of surplus sugar around.

How will the Rs 5.50 per quintal assistance help in addressing this glut?

The Rs 5.50/quintal support, even if given on the entire 296 mt of cane likely to be crushed in the 2017-18 season, will entail an outgo of Rs 1,630 crore — a pittance compared to the estimated cane arrears of Rs 20,000 crore. This assistance, moreover, is to be provided only to “those mills which will fulfil the eligibility conditions as decided by the Government”. While there is no clarity on the “eligibility conditions”, the expectation is that the payment would be linked to mills meeting export targets. The Centre has already fixed mill-wise “minimum indicative export quotas” totalling 2 mt for the current sugar season. Forcing mills to export could be a part solution to the domestic glut, with the Rs 5.50/quintal assistance acting as a performance incentive.

And how viable are exports?

At current international rates, white sugar will have to be shipped out from India at around Rs 20.50 per kg. That translates into an ex-factory price of Rs 18, way below what mills are realising from domestic sales. Also, the normal crystal sugar produced by Indian mills has an “ICUMSA value” of over 100. The market for it is limited, unlike the more widely traded highly-refined sugar of 45 ICUMSA grade (the lower the ICUMSA, the more the whiteness).

Prakash Naiknavare, managing director of the National Federation of Cooperative Sugar Factories, believes that exporting 2 mt of white sugar before September won’t be easy. The Centre should, instead, target raw sugar exports of 4 mt before December 2018. “Mills can produce it right from the start of the next season. Our raw brown sugar from fresh cane is dextran-free and with very high polarisation of 800-1,200 ICUMSA. There is a good market for it, including refineries in West Asia that now source Brazilian raw sugar,” he said.

So, is there any ray of hope?

Yes, rising global oil prices that may induce mills, particularly in Brazil, to divert cane juice for production of ethanol, as opposed to sugar. Brazil’s sugar production in 2017-18 (April-March) stood at 36.05 mt, which is projected to fall to 30.5 mt in the new crushing season, even as its output of ethanol (used both for 25% blending with petrol and as 100% hydrous spirit to power flex-fuel vehicles) might go up from 26.09 billion litres to 27.5 billion litres.

That can, in turn, open up a market for Indian raw sugar. This is also the right time for India to embark on a more aggressive ethanol blending programme in auto fuels. Compared to Brazil’s 26 billion-plus litres, sugar mills in India have been contracted to supply just 1.4 billion litres of ethanol to oil marketing companies in 2017-18.

This is only 4.4% of the country’s annual petrol consumption of 32 billion litres, when 10% ethanol-blending has already been allowed. With petrol retailing at Rs 75 per litre, there is even a case for revising upwards the Rs 40.85/litre rate for ethanol that mills are now getting — which should help sugarcane farmers as well.