Home All News How Will Exports Decode The Problems The Industry Is Confronting? 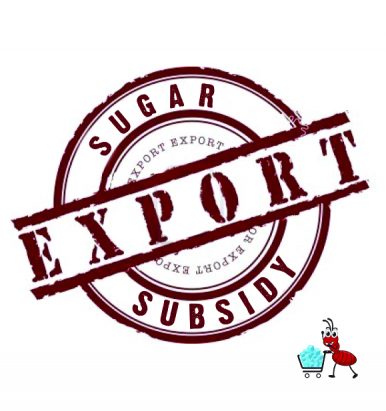 Midst the scenario of the Indian Sugar Industry emerging as the biggest producer in the world surpassing Brazil for the first time ever in the history of sugar, however, the country is facing its most consequential challenges in spite of several
sweet dozes from the Govt. in form of packages. The problems the industry confronts today are many, and stem mainly from high production in 2017-2018 and 2018-2019 seasons, exceeding domestic demand.

Record-breaking production:
India has broken the global record by hitting 32 million tonnes in 2017-18 and is projected to have an output of 35 million tonnes in the 2018-19 season (October-September).
The country has been facing a tough situation in clearing dues to cane growers due to poor price realization in domestic markets and depressed global prices.

Sweeteners from the Govt.:
The government raised export subsidy to Rs.13.88 a kg for this year from Rs.5.50 a kg last year. It also allowed 5 million tonnes of sugar exports for the year 2018-19, beginning in October 2018, from 2 million tonnes allowed for the previous year under the Duty-Free Import Authorisation (DFIA) scheme. Under this scheme, exporters are allowed to import sugar at zero duty within three years. Of the 2 million tonnes, sugar mills have only been able to export around 0.5 million tonnes so far this year, even as the season comes to an end.

Exports – But How & When?
This season, the industry wants the government to make exports compulsory for each sugar mill and, simultaneously, if prices in the domestic market improve a bit, it may compensate the loss on exports.

Based on the above facts & figures, seems that the Govt. has done its bit in giving a push to the industry for exports but the question still remains unanswered that how and when exports will happen!