Home All News ‘Husband Not The Master’: SC Decriminalises Adultery 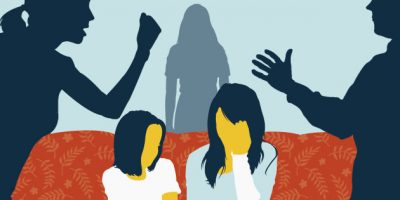 The Supreme Court on Thursday, 27 September, pronounced its judgment on a plea challenging the constitutional validity of Section 497, pertaining to the penal law on adultery delaring it unconstitutional and said it’s time to say that the husband is not the master, Live Law reported.

The court also said that adultery can be a ground for divorce but cannot be declared a criminal offence as there are multiple parties involved in it. The CJI also said that mere adultery can’t be a crime, unless it attracts the scope of Section 306 (abatement to suicide) of the IPC.

A five-judge constitution bench headed by Misra and consisiting of justices RF Nariman, AM Khanwilkar, DY Chandrachud and Indu Malhotra gave a concurring verdict to declare adultery as unconstituonal.

The CJI further read that legal sovereignty of one sex over another is wrong.

Advocating the need to protect the rights of women and equality, the court said that adultery dents the individuality of women and that women can’t be asked to think and do according to the will of society.

“It is a monumental judgement. I am extremely happy with the judgement. The people of India should also be happy,” petitioner’s lawyer Raj Kallishwaram told ANI.

The bench had reserved their judgment on 8 August, after Additional Solicitor General Pinky Anand, appearing for the Centre concluded her arguments. The hearing in the case by the bench, which went on for six days, had commenced on 1 August.

Section 497 of the Indian Penal Code (IPC) penalises a man and not a married woman for an affair by treating her as a victim and not as an abettor of the offence. However, according to the law, if the husband of the woman gives his consent for the wife to have sexual intercourse with another man, no offence has been committed, reported IANS.

A man convicted of adultery can face a jail term of five years, or fine, or both if he is found guilty of the offence.

WHAT DID THE PETITIONER ARGUE?

The plea seeking the repeal of Section 497 was filed by Joseph Shine before the Supreme Court in December 2017, represented by Advocates Kaleeswaram Raj and Suvidutt MS, reported Bar & Bench.

Shine had argued that this 158-year-old law was discriminatory. He had said that the law was unjust, illegal and arbitrary and that it violated the fundamental rights of the citizens. The petitioner had also sought to make men and women equally liable for adultery.

WHAT DID THE GOVERNMENT SAY?

The Centre had favoured retention of penal law on adultery, saying that it is a public wrong which causes mental and physical injury to the spouse, children and the family, reported PTI.

“It is an action willingly and knowingly done with the knowledge that it would hurt the spouse, the children and the family. Such intentional action which impinges on the sanctity of marriage and sexual fidelity encompassed in marriage, which forms the backbone of the Indian society, has been classified and defined by the Indian State as a criminal offence in exercise of its Constitution powers,” the Centre had said.

WHAT HAD THE COURT SAID?

In January, the apex court had referred to a five-judge Constitution bench the plea challenging the validity of the penal law on adultery. The court had taken a prima facie view that though the criminal law proceeded on “gender neutrality”, the concept was absent in Section 497, according to PTI.

While hearing the matter in August this year, the Supreme Court had said that the adultery related provisions in the IPC is anti-women and archaic, reported India Today.

The court had said, “The Supreme Court today, 2 August, said, “The law seems to be pro-women but is anti-women in a grave ostensible way. As if with the consent of the husband wife can be subjected to someone else’s desire. That’s not Indian morality.”

“Each partner of the marriage has equal responsibility. Why should woman take more load than the man? That is the reason we call it archaic,” the court had further added.