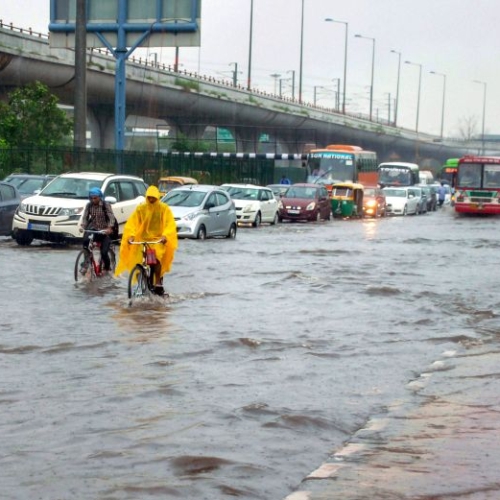 In the last 24 hours, some parts of Mumbai witnessed rain. Santa Cruz recorded 41.3 mm of rain, whereas Colaba saw 6.2 mm. By the middle of next week, a fresh spell of rain in Mumbai is expected.

According to the reports, Santa Cruz and Colaba observatories recorded above-average rainfall since the monsoon season began on June 1. According to the India Meteorological Department (IMD) data, India received 38 per cent more rainfall than the 50-year average in the week to September 11.

Recently, heavy rain in Mumbai had thrown life out of the gear and paralysed the city. It had disrupted the road traffic as many vital roads were waterlogged following the heavy rain. Flight operations were also disrupted.

Recently, heavy rains across India claimed many lives this monsoon. As per reports, more than 1,000 people have lost their lives due to heavy rain and flood. Most number of death is recorded in Maharashtra, where floods have caused extraordinary damage.