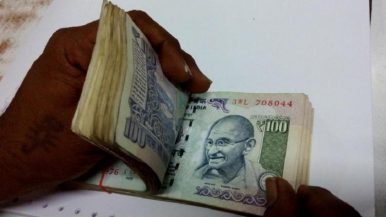 New Delhi [India], June 4 (ANI): Rajiv Bajaj, managing director of Bajaj Auto Limited, on Thursday, criticised the Central Government for imposing the lockdown to halt the coronavirus and saying, “you have definitely decimated economy and flattened the wrong curve.”

“A porous lockdown makes sure the virus will still exist, waiting to hit when you unlock. So you have not solved that problem. It is not the infection curve but the GDP curve. You have definitely decimated the economy. You flattened the wrong curve,” he said while having a conversation with Congress leader Rahul Gandhi on the state of economy and lockdown.

“At one extreme on the left if I may say so is the choice of a hard lockdown. Which implies an airtight, impervious lockdown. And to the best of my knowledge, this has not happened anywhere in the world. To physically constrain yourself to your home and see absolutely no one,” Bajaj added.

“I guess as some people say, it’s the first time that something like this says as opposed to TB or pneumonia or diarrhoea that apparently kills 100,000 children in India. Here is something that struck in the heart of the developed world. When the rich and famous get affected, it always makes a bigger headline. As someone said in the very early days of this problem, that 8,000 kids die of starvation in Africa every single day. Who cares beyond a point in civil society, we are not even aware of this factor. I think primarily the sensation was because affluent people in developed countries were vulnerable,” he further added.

Agreeing with Bajaj’s contention, the Gandhi scion said, “It (lockdown) was also imposed suddenly. The bitter-sweet thing you said is shocking to me. See, rich people can deal with it as they have a home, a comfortable atmosphere, but it is completely devastating for the poor people and migrants.”

Further speaking on how sentiment has been affected, Bajaj stated, “we have fallen short of disclosing facts and truth and that has hurt the sentiment and people actually think that the contagion is like cancer and it is going to take a long time to return to normalcy.”

Today’s conversation is part of Congress leader’s series of dialogues on the status of India’s economy and the impact of coronavirus lockdown. On April 30, he first held a conversation with former Reserve Bank of India Governor Raghuram Rajan.

He later held a conversation with Nobel laureate Abhijit Banerjee who was of the view that the country should come out with a large enough stimulus package to revive demand.