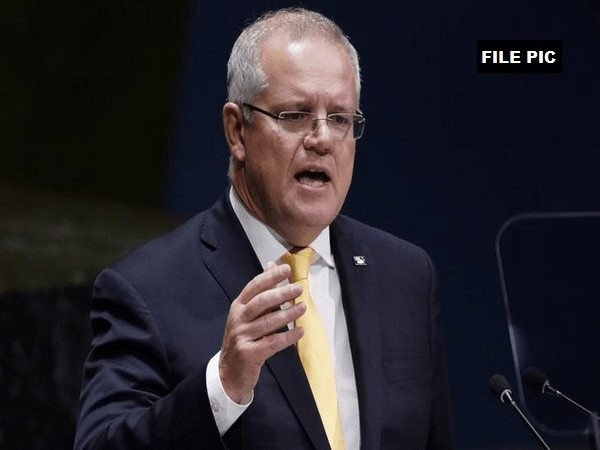 Canberra [Australia], September 30 (ANI): Australian Prime Minister Scott Morrison on Thursday said that India is going through a remarkable transformation of its economy while talking about the partnership between the two countries on new energy economy.

While speaking during an online briefing with Indian media, he said, “The ability to take up technology at a scale that is commercial is the key to successfully transitioning to the new energy economy. And India understands that. And India is going through a remarkable transformation of its own economy and looking to actually transition its own energy economy into the future.”
Recently, in the first in-person Quad Leaders’ Summit, both Prime Ministers Narendra Modi and Morrison agreed on a number of initiatives, including the agreement to go forward with a low emissions technology partnership.

Australia’s approach to the new energy economy is transitioning to net zero over the next 30 years. With the vision to ensure technologies enable economies to continue to grow and develop and create jobs and make things, PM Morrison said, “But, to do that in a way that is patient, which is sensible, which is practical, and so, working together on technologies, I think, is one of the, one of the key partnerships that you can have to ensure that both of our countries are able to go through this transition period. But, more than that, demonstrate that this is how you do it, that this isn’t just about setting targets and doing these things. It’s the how that matters.”

He said that such technology is not only for advanced economies, but is supposed for the whole world. He also said that at the Quad meeting last week, there is a great deal of enthusiasm all around the world regarding the new energy economy.

“I have no doubt, for trying to move our economies into this, this new energy economy, to move it into an economy that understands the impacts of carbon emissions,” added Morrison.

He said that zero-carbon energy technologies can be achieved and that is what both prime ministers discussed at the Quad meeting.

He further reiterated that both he and PM Modi share a passion on the practical when it comes to transitioning both economies.

“And the low emissions technology partnership will particularly look at ultra low cost solar and hydrogen supply chains linking into India. And we see that as a big opportunity for both countries,” said Australian PM.

Australia has long been an energy exporter to India. Morrison said that this will continue, adding that in addition to that, a whole new line will open up.

“Our Comprehensive Strategic Partnership further, is becoming more ambitious, and our trade ministers will be meeting, I understand next week. We have both tasked our ministers to be ambitious about where we can get to. And I think we will be able to get a lot further in a bilateral sense with India and Australia together. And the Prime Minister and I share that objective,” said Morrison.

Talking about challenges to get the right deal, he said, “We want the right deal for both countries. And, so we will continue to be patient about it and take the gains where we can take them and see this as a road that we are on and we will just keep adding and adding and adding I think to the strength of that Comprehensive Economic Cooperation Agreement that we’re seeking.” (ANI)
To receive ChiniMandi updates on WhatsApp, please click on the link below.
WhatsApp Group Link