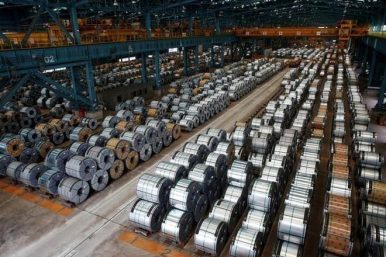 New Delhi, Aug 27 (PTI) India has initiated probe into alleged dumping of a certain type of steel imported from Brazil, China and Germany following a complaint BY a domestic player.

The commerce ministry’s investigation arm – Directorate General of Trade Remedies (DGTR) – has stated that there is an evidence of injury to the domestic industry caused by dumped “High Speed Steel of Non Cobalt Grade” from these three countries.

Graphite India Ltd has filed an application before the DGTR for imposition of anti-dumping duty on imports of the product from Brazil, China and Germany.

“There is prima facie evidence of injury to the domestic industry caused by dumped imports from subject countries to justify initiation of an anti-dumping investigation,” DGTR has said in a notification.

In the probe, the directorate would determine the existence, degree and effect of any alleged dumping.

If established that dumping has caused material injury to domestic players, the directorate would recommend imposition of anti-dumping duty on the imports of the chemical from these nations.

The period of investigation covers 2017-18. However, for the purpose of injury investigation, the period will also cover the data of 2014-17.

Anti-dumping duties are levied to provide a level playing field to local industry by guarding against cheap below-cost imports.

Imposition of anti-dumping duty is permissible under the World Trade Organisation (WTO) regime. Both India and China are members of the Geneva-based body.

The duty is aimed at ensuring fair trading practices and creating a level-playing field for domestic producers vis-a-vis foreign producers and exporters.