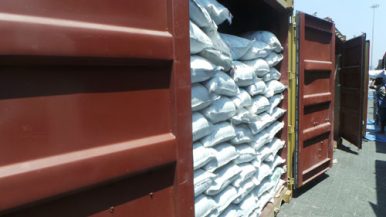 New Delhi, Nov 11 (PTI) Saddled with surplus stock, sugar mills in India — the world’s second largest producer, have contracted to export about 8,00,000 tonnes of the sweetener so far to countries like Middle East and Sri Lanka, a government official said.Out of the total contracted quantity, raw sugar comprises 6,00,000 tonnes and the rest 2,00,000 tonnes is white sugar, the official added.

“We are negotiating with various countries to boost export of sugar. China has agreed to buy and talks are on with Indonesia as well,” the government official told PTI.

To liquidate surplus stock, the government has asked domestic sugar mills to mandatory export 5 million tonnes in the 2018-19 marketing year (October-September) and is even compensating expenses towards internal transport, freight, handling and other charges.

To bail out the cash-starved sugar industry, the government had in June announced financial package of Rs 8,500 crore to the sector, mainly to boost ethanol capacity.

Later, in September, it approved Rs 5,500 crore package that included production assistance to cane growers and transport subsidy to mills for export up to 5 million tonnes in 2018-19 marketing year.

Under its ‘comprehensive policy to deal with excess sugar production in the country’, the government approved increase in the production assistance paid to growers to Rs 13.88 per quintal for the 2018-19 marketing year from Rs 5.50 per quintal this year in order to offset the cost of sugarcane to sugar mills.

Besides these financial packages, the government has taken other measures in the last one year such as doubling of import duty on sugar to 100 per cent and scrapping of export duty on it. Minimum selling price of the sweetener has been fixed at Rs 29 per kg.