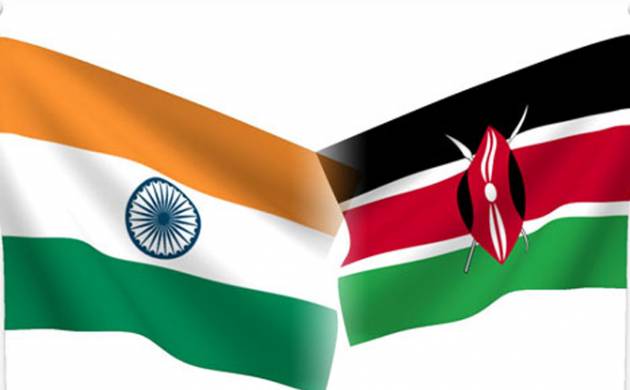 India will explore opportunities to increase exports of petroleum products, cars and motorcycles, and mobile phones to Kenya during the joint trade committee meeting of the two countries beginning Thursday, sources said today. The Eighth Session of the India-Kenya Joint Trade Committee Meeting is being held in Nairobi, the capital city of the African nation.

India is the second largest investor in Kenya according to KenInvest. The bilateral trade was valued at USD 2.05 billion in 2017-18.

“We are keen to explore new opportunities in logistics, agriculture, energy, pharma and many other sectors with Kenya,” Commerce Minister Suresh Prabhu said in a tweet after landing in Kenya.

According to the sources, India has identified petroleum products (medium and light oils); medicaments for therapeutic or prophylactic purposes; motor vehicles/cars/motorcycles and products of iron and steel, as potential products to increase its exports to Kenya. Cane or beet sugar, wheat and meslin, cement clinkers, aeroplanes and other powered aircraft, telephones for cellular networks or for other wireless networks, self-propelled mechanical shovels, excavators and shovel loaders and polypropylene, are other products which India sees as “potential products” of exports.

In 2017-18 India’s top items of exports were petroleum products, drug formulations, biological, industrial machinery, paper, iron and steel, plastic raw materials, manmade yarn, fabrics madeups, and electric machinery, among others. The joint trade committee meeting is taking place against the background of India’s exports to Kenya dropping to USD 1.97 billion in 2017-18 from from USD 4.11 billion in 2014-15. India’s imports from Kenya too slowed down from USD 117.42 million to USD 72.57 million during the same period.

Ministerial meeting of the JTC between Prabhu and Peter Munya, Cabinet Secretary (Minister) for Ministry of Industry, Trade and Cooperatives, Kenya, will take place tomorrow. Both the countries would also be signing host of agreements in various sectors.

Sources further said that Indian side has sought details of procedure and process of setting up assembly operations for both commercial and passenger vehicles in Kenya. India has also requested the African nation to consider reducing the import duty on steel bars from the current 25 per cent to 10 per cent.

Meanwhile, sources also said that Air India has expressed inability, as present, to consider the operations on India–Nairobi route because of non-availability of resources in terms of aircraft and crew, and also departure/arrival constraints at Delhi and Mumbai Airports. aA revised air service agreement between India and Kenya is likely to be signed during the two-day Joint Trade Committee meeting.