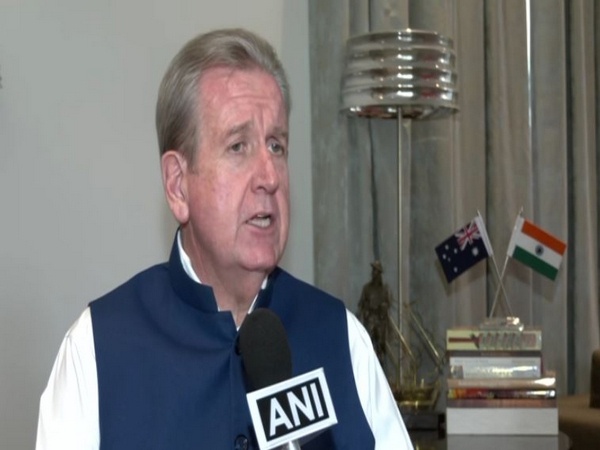 In an exclusive interview with ANI, Farrell on Wednesday said, “Australia welcomes India’s presidency of the G20. No country in the world better understands the importance of economic growth to the development of citizens. There’s no country better placed in the world to manage the global crisis in the economy that we’re facing than India is as part of the G20 process.”

Recently, India became the world’s fifth-largest economy by overtaking the United Kingdom. Now, the United States, China, Japan, and Germany are the only nations with economies larger than India’s. Moreover, it has become the favourite destination for global investors.

“As I’ve said before, prosperity delivers peaceful, prosperous outcomes. And what India is bringing to the G20 presidency as a perspective that we’ve not had before. From a country that has one world, one family initiative, a country that’s determined to address sustainability, and a country that understands as I said, the importance of economic growth to the future of every citizen, not just within India, but across the world, we are happy with that”, the Australian High Commissioner said.

Further speaking on the India-Australia Trade deal, the High Commissioner said that the trade deal benefits both the economies and Prime Minister Modi’s ambition of making India a global advanced manufacturing hub will become closer to reality.

“Well, the trade deal benefits both our economies, it boosts growth and creates jobs in both India and Australia by reducing tariffs on 96 per cent of Indian goods entering Australia, increasing up to 100 per cent in two years’ time,” the High Commissioner said.

“We Australians benefit is India gets a bigger market. But more importantly in areas like liquid natural gas, in cotton and wool, we’re providing those free of duty into India, which means the cost of production using those fabrics, for instance, for textiles becomes less, which makes your products more marketable in the world economy and the reduction in tariffs on critical minerals like lithium and Cobalt mean, the Prime Minister Modi’s ambition of making India global advanced manufacturing hub becomes closer to reality,” he added.

He further added that it’s a win-win cooperation for both countries in terms of mobility because Australia understands the importance of not just educating young Indians, but giving them the skills needed to come back to India job ready.

The India-Australia Economic Cooperation and Trade Agreement (ECTA) recently entered force on December 29, 2022. Under the pact, Australia is offering zero-duty access to India for about 96.4 per cent of exports (by value) from the day the agreement is enforced.

India will benefit from preferential market access provided by Australia on 100 per cent of its tariff lines, including all the labour-intensive sectors of export interest to India, such as gems and jewellery, textiles, leather, footwear, furniture, food, and agricultural products, engineering products, medical devices and automobiles.

On the other hand, India will be offering preferential access to Australia on over 70 per cent of its tariff lines, including lines of export interest to Australia, which are primarily raw materials and intermediaries such as coal, mineral ores and wines.

Notably, Australian Prime Minister Anthony Albanese is set to arrive in India this March to lock the India-Australia Economic Cooperation and Trade Agreement (ECTA) deal and upgrade the relationship between the two countries, Farrell in an interview with ANI said that the visit will be an opportunity to advance the relationship between the two countries.

The two sides will carry out discussions on a variety of issues like clean energy, tech, digital trade and procurements.

“Prime Minister Albanese has made clear that he sees enormous opportunity at the Australia-India relationship and like Prime Minister Modi is seeking more ambition from officials for the relationship, what I foresee is the visit being an opportunity for him to advance that, recognizing that he is also expected to attend this year the G20 leaders meeting. But at the end of the day, the comprehensive strategic partnership which had a slew of agreements underneath it, everything from the defence side and critical minerals, skills, research and clean energy, are the areas that I think we see more ambition in. I also think things like sustainable development, clean energy and tech and digital trade and procurement will be issues that both sides would be seeking to explore, ” the Australian High Commissioner to India Barry O’ Farrell told ANI.

PM Albanese announced last year that he will visit India next year in March to lock India-Australia Economic Cooperation and Trade Agreement (ECTA) deal and upgrade the relationship.

While addressing the presser, PM Albanese said, “I will visit India in March. We’ll take a business delegation to India. And that will be an important visit and an upgrade in the relationship that we have between our two nations.” (ANI)