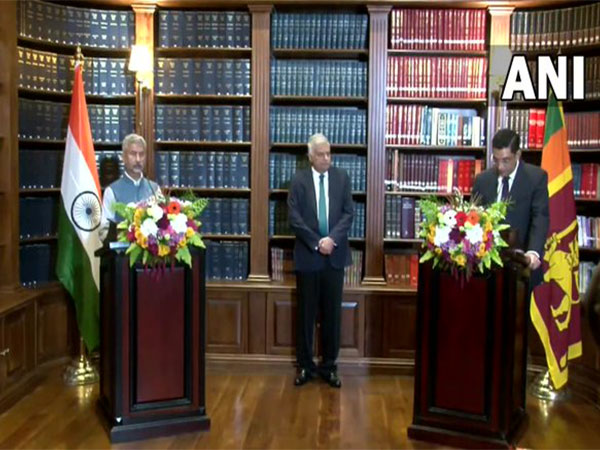 Addressing a press conference alongside Sri Lankan Foreign Minister, Ali Sabry, Jaishankar stated that India counts on the Government of Sri Lanka to provide a more business-friendly environment to create a powerful pull factor, as he expressed confidence in the policymakers.

“India will encourage greater investments in the Sri Lankan economy, especially in the core areas like energy, tourism and infrastructure. We count on the Government of Sri Lanka to provide a more business-friendly environment to create a powerful pull factor. I am confident that the gravity of the situation is realized by policymakers here,” Jaishankar said.

He stated that both sides have agreed in principle on renewable energy cooperation, as he underscored that Trincomalee can emerge as an energy hub during his address.

External Affairs Minister S Jaishankar who is on an official visit to Sri Lanka from January 19-20, also said that India extended financing assurance to International Monetary Fund (IMF) to clear the way for Sri Lanka to move forward with an expectation of strengthening the island nation’s position and ensure that all bilateral creditors are dealt with, equally.

During his visit, the EAM is scheduled to pay courtesy calls on President Ranil Wickremesinghe, Prime Minster Dinesh Gunawardena and other dignitaries.

The EAM highlighted how India extended a sum of about USD 4 billion in the form of credits and rollovers to help Sri Lanka get through the economic crisis.

“Last year, India extended about USD 4 bn in the form of credits and rollovers in terms to help Sri Lanka get through the economic crisis. For us, it was an issue of the neighbourhood first and not leaving a partner to fend for themselves,” he said during the press conference.

Calling energy security Sri Lanka’s most serious challenges, Jaishankar asserted that a search for solutions must encompass a larger region and only then will Sri Lanka be able to get the full benefit of the scale.

“In its support of Sri Lanka, India is prepared to be a reliable partner in such initiatives. We have today agreed in principle on a renewable energy forward that would take this cooperation forward,” Jaishankar added.

On tourism, he noted tourism is the lifeblood of the Sri Lankan economy and that the Indian tourists are expressing their positive sentiments for Colombo in a very practical manner by coming here.

In Colombo, EAM Jaishankar also pitched for RuPay payment for Indian tourists in Sri Lanka as well as the use of rupee settlement for trade.

India has consistently backed Sri Lanka’s efforts to maintain both political and economic stability, Jaishankar said, adding that he received a briefing from President Wickremesinghe on the subject of political decentralisation and his ideas.

“I explained to him that in our opinion, the early holding of provincial elections and the full implementation of the 13th Amendment are crucial in this regard,” he said.

Jaishankar also handed over Prime Minister Narendra Modi’s invitation to President Ranil Wickremesinghe to visit India at an early date to discuss the partnership between the two countries in order to facilitate smooth and strong for Sri Lanka.

Jaishankar’s visit to Sri Lanka will follow his earlier trips to the bankrupt country in January 2021 and March 2022. Sri Lanka is a close friend and neighbour, and India has stood with the people of Sri Lanka at all times.

In February 2022, India in order to help Sri Lanka overcome its fuel shortage, signed an agreement for the supply of petroleum products worth USD 500 million from the Indian Oil company through a credit line.

This was expanded by an additional USD 200 million worth of petroleum products in April 2022.