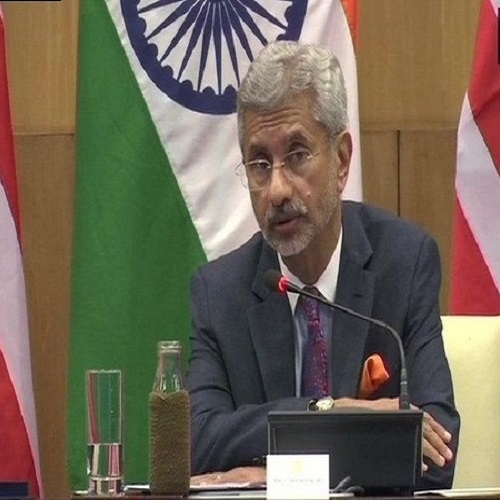 New Delhi [India], Feb 7 (ANI): Minister of External Affairs, S Jaishankar on Friday called upon Indian businesses to take a greater interest in the Central Asain Market, hoping that India’s economic growth will be exponential in its extended neighbourhood in the coming years.

Speaking at ‘India-Central Asia Business Forum’, Dr Jaishankar said, “As the larger economy, I call upon Indian businesses to take a greater interest in the Central Asian market. I hope that India’s economic growth in our extended neighbourhood would grow exponentially in the coming years.” Dr Jaishankar said that great potential exists in enhancing trade and economic engagement between India and Central Asia but lack of efficient overland connectivity is a major challenge.

He said that India proposes to overcome this challenge through the Chabahar route, and the Union Budget also has allocated Rs 100 crore for Chabahar Port in the financial year 2020-21.
“India, Iran and Afghanistan believe that Chabahar will become the fulcrum of connectivity for Indian goods to reach Afghanistan and further north to Central Asian states and for landlocked Central Asia to find access to the ocean through this port,” said Jaishankar.

He also emphasized on the need to examine the viability of establishing air corridors between India and the Central Asian states. “While flying time from Delhi for most of the Central Asian destinations is 2 hours, it may take 2 months for containers sent overland from India to reach these places,” said Dr Jaishankar.

External Affairs Minister also highlighted tourism and higher education as sectors of tremendous potential. “Medical tourism to India from Central Asia has a great demand. In the field of education, a good beginning has been made with the opening of Indian private universities in Uzbekistan,” he said.