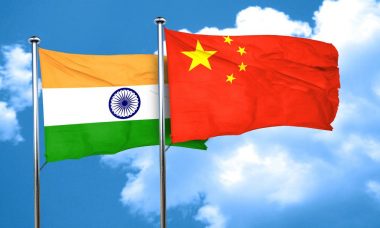 Anup Wadhawan was accompanied by senior officials from Department of Commerce, Department of Food and Public Distribution and officials from Embassy of India in Beijing and Consulate in Shanghai. The Indian delegation on this visit included Chairman APEDA, MD NAFED, DG FIEO, DG Pharmexcil.

The Commerce Secretary while expressing concern regarding the trade deficit, acknowledged Chinese Government’s efforts in clearing some of the market access issues such as for rice, rapeseed meal etc. during the past few months and expressed satisfaction over progress on soya bean meal and pomegranate and related issues. He also informed Wang about the encouraging response to the business promotion events organized by the Indian Embassy and Consulates covering products like sugar, rice, tea, oil meals etc. He requested Wang to provide MOFCOM’s guidance to its importers to source these products from India.

He informed that areas such as- agriculture products, pharmaceuticals, information technology services and tourism in which India has proven strengths and significant global presence but minuscule presence in China, need to be encouraged in bilateral trade. Wadhawan asked for guidance, facilitation, support and assistance to the relevant stakeholders for creating a suitable environment for India’s exports in these sectors to China.

MOFCOM thanked India for accepting its invitation to participate in the 1st CIIE and assured all support for increasing India’s exports to China.

Recently China and India had a series of official level exchanges to discuss the bilateral trade issues. After the successful Joint Economic Group meeting hosted by India’s Commerce Minister in March 2018 and attended by China’s Commerce Minister, both countries had two rounds of dialogues at the official level leading to resolution of some of the pending market access issues.

During this visit the Commerce Secretary also had a detailed discussion with important sugar importers of China including China Sugar Association and briefed them about India’s sugar sector and its proven available capacity in terms of both, quality as well as quantity, to meet the Chinese requirements on a sustained long-term basis. Important players from Indian Sugar industry including MD NFCSF also attended related meetings during the visit. These meeting would be helpful in tapping this major import market for Indian sugar.

On November 4, the Commerce Secretary attended the banquet on the eve of opening of the CIIE and on November 5 he attended the inaugural ceremony of the expo. He paid visit and inaugurated to India’s Country Pavilion.