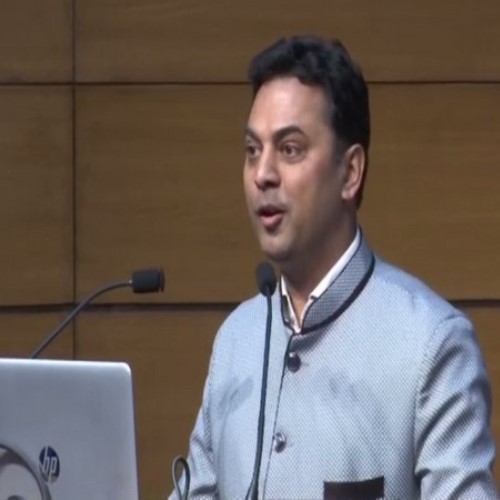 New Delhi [India], Jan 31 (ANI): Chief Economic Advisor Krishnamurthy Subramanian on Friday said that the global economic slowdown is partly to be blamed for the slowdown in the Indian economy.

“There has been a slowdown in the Indian economy. Part of it is because of the global economy itself slowing down. You can see the world, the advanced economies, and emerging economies have all slowed down in 2019 as compared to the average for 2014 and 2018,” Subramanian said addressing a press conference. He also said that according to an analysis wealth created by entrepreneurs benefit everyone, including employees and suppliers.

“The year 2013 was the peak when the share of corporate loans reached their peak. After that, it has decreased… Firms that actually borrowed a lot more from 2008 to 2012 were indeed the firms that also invested less from 2013 to 2017,” Subramanian said.

Asserting that the economic slowdown since 2017 is due to the lagged effect of reduced investment, he said: “The virtuous cycle originates from private investment, which affects the economic growth with a lag and thereby consumptions.”

The economic survey 2020 was tabled in the Parliament by Finance Minister Nirmala Sitharaman today.

It stated that the country’s gross domestic product (GDP) is projected to grow at a rate of 6 to 6.5 per cent in the next financial year 2020-21.