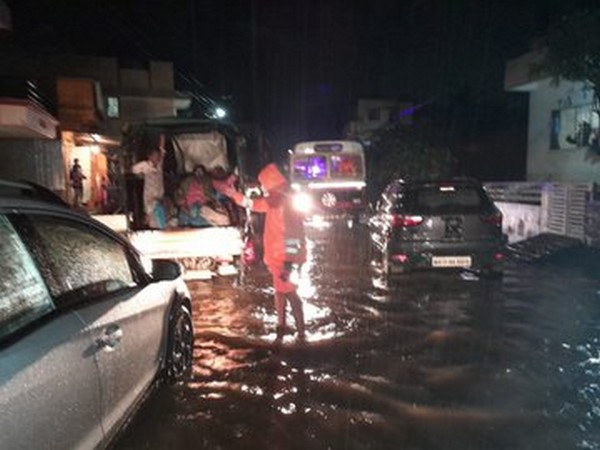 Mumbai (Maharashtra) [India], July 23 (ANI): Based on a request received from the Government of Maharashtra, the Western Naval Command, Mumbai has mobilised Flood Rescue Teams and helicopters to provide assistance to the state administration.

Despite adverse weather conditions and widespread inundation in affected areas, a total of seven naval rescue teams departed by road for deployment to the Ratnagiri and Raigarh districts on July 22, 2021 from Mumbai, said Indian Navy.
Airlift of marooned personnel from Raigarh district is also being undertaken. One Seaking 42C Helo from INS Shikra, Mumbai departed for Rescue at Poladpur/Raigad during early morning hours on Friday.

The Navy said additional Flood Rescue Teams are being maintained on a high degree of readiness at Mumbai, for immediate deployment, if the need arise.

At least five people have died in the landslides that occurred in Maharashtra’s Raigad district caused by incessant rains that battered the region over the last 24 hours.

She had earlier informed that 15 people have been rescued from the landslides. At least 30 people are still trapped inside, she had said earlier.

Four landslides have been reported in Raigad due to incessant rains, which have led to the roads being blocked.