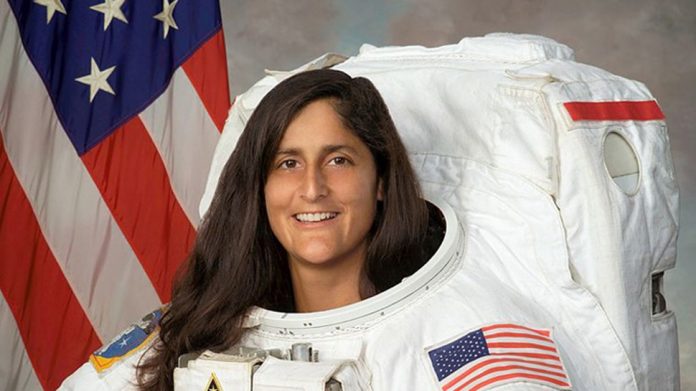 Indian-origin US astronaut Sunita Williams is among the nine astronauts named by NASA who will fly the first missions into space on commercially provided rockets and capsules, starting next year.

After years of vehicle development and building anticipation, the National Aeronautics and Space Administration (NASA) has now put the crew in commercial crew spacecraft.

The space agency announced yesterday that the nine astronauts will launch on the first crewed test flights and missions of new commercial spacecraft built and operated by The Boeing Company and SpaceX.

“Future Commercial Crew astronauts will be riding to space on partner vehicles built by SpaceX & BoeingSpace,” NASA said in a tweet.

“We are on the brink of launching American astronauts on American rockets from American soil,” said NASA Administrator Jim Bridenstine during the ‘Launch America’ announcement.

The eight active NASA astronauts and one former astronaut-turned-corporate crew member will launch on Boeing CST-100 Starliner and SpaceX Dragoncapsules to the International Space Station beginning in 2019.

The missions will mark the first crewed launches from US soil since the end of the space shuttle programme in 2011.

“Today, our country’s dreams of greater achievements in space are within our grasp. This accomplished group of American astronauts, flying on new spacecraft developed by our commercial partners Boeing and SpaceX, will launch a new era of human spaceflight,” Bridenstine said.

He said the announcement advances “our great American vision” and strengthens America’s leadership in space.

NASA has worked closely with the companies throughout design, development and testing to ensure the systems meet its safety and performance requirements.

“The men and women we assign to these first flights are at the forefront of this exciting new time for human spaceflight,” said Mark Geyer, director of NASA’s Johnson Space Center in Houston.

“It will be thrilling to see our astronauts lift off from American soil, and we can’t wait to see them aboard the International Space Station,” Geyer said.

In addition to naming the crews of the test flights, NASA also announced the four astronauts who will fly aboard the first operational Starliner and Dragon missions to the space station. Both vehicles were developed in cooperation with NASA to deliver crew members to and from the orbiting laboratory.

Josh Cassada, 45, will fly with Sunita (“Suni”) Williams, 52, aboard NASA’s first contracted Starliner mission. It will be Cassada’s first spaceflight. Williams previously logged 321 days in orbit on two stays aboard the space station, most recently returning to the Earth in 2012.

The commercial crew members took to the stage during an event led by Bridenstine at the agency’s Johnson Space Center in Houston.

Veterans of two spaceflights each, Behnken and Hurley will lift off atop a SpaceX Falcon 9 rocket from the Kennedy Space Center’s Pad 39A – the same Florida launch pad where the space shuttle left Earth for the last time in July 2011 with Hurley as pilot.

Ferguson, who has been involved from the start in the Starliner’s development, flew three shuttle missions as a NASA astronaut. Boe piloted two shuttle flights. This will be Mann’s first launch, having joined the astronaut corps in 2013.

Behnken, Hurley, Boe and Mann are NASA’s first astronauts to be named to the test flights of new US spacecraft since the March 1978 announcement of the space shuttle’s first orbital flight test crews. Ferguson will become the first former NASA astronaut to return to orbit as a company’s crew member when he flies.

Prior to their maiden crewed missions, both Boeing and SpaceX plan uncrewed test flights in late 2018 or early 2019.

Both companies will also conduct abort system test flights to ensure the astronauts can safely escape should their rockets go awry.

Victor Glover, 42, and Michael Hopkins, 49, will fly on the first operational mission of SpaceX’s crewed Dragon. It will be Glover’s first time in space. Hopkins logged 166 days aboard the space station in 2014.

The two pairs of NASA crewmates will fly to the station with Russian cosmonauts and international astronauts to be announced at a later date. Between the end of the space shuttle program and the start of commercial crew operations, NASA’s crew members have and are continuing to launch to the space station on Russian Soyuz spacecraft.

Behnken, Boe, Hurley and Williams were named in 2015 as NASA’s “commercial crew cadre” and have been working with Boeing and SpaceX on the development of the spacecraft and the simulators that will be used to train astronauts to fly.

Boeing’s and SpaceX’s commercial spacecraft may also open the space station – and more broadly, Earth orbit – to more privately-funded visitors and spaceflight participants from countries that do not have their own domestic crewed spacecraft and rockets.