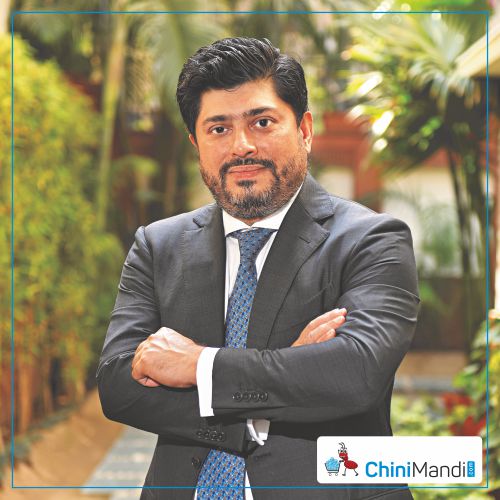 Speaking on the how he sees the demand, supply dynamics play out in the upcoming season after witnessing the country slowly jumping to pre-covid levels he said, “On the supply side, India is expected to have a closing balance of 8.7 million tonnes for SS 2021-22 i.e. at the end of September 2021. This is after considering production of 31 million tonnes (net of 2.1 million tonnes of diversion for ethanol) in the ongoing sugar season. While the closing balance is higher than the desired 5-6 million tonnes or approximately 2-2.5 months of consumption, it is lower than last year’s 10.7 million tonnes, which is a positive development.

On the demand side, domestic consumption was somewhat subdued at an estimated 26 million tonnes last year due to the pandemic and related restrictions. But, with the reduced incidences of COVID-19 and increase in the number of total vaccinations that have re-instilled confidence in the market, we expect a growth in consumption by 0.5 million tonnes to 26.5 million tonnes in the coming season. We believe this will be driven by higher direct and indirect consumption as well. Thus overall, both on the supply and demand side, we believe SS 2021-22 will be better than the previous year.

However, the country still needs to evacuate its excess sugar to maintain the demand supply balance and thus it is important that the Government continues to support the sugar exports. The industry has performed well to export an estimated 7 million tonnes ‘Make in India’ sweetener in the ongoing sugar season. This has happened despite battling with high sugarcane prices, which is among the highest in the world. To be able to compete efficiently at the global level, there is an urgent need to address the high prices of sugarcane and bring necessary reforms through Revenue Sharing Formula (RSF) and Price Stabilisation Fund (PSF).”

Commenting on how he sees the domestic sugar prices levels in the upcoming season, “The average sugar prices for the industry remained range bound during SS 2020-21, from a bottom of ₹3,100 per quintal to a peak reaching ₹3,300 per quintal. This happened because of the size of the release quota allocated to the domestic mills and brief impact of the lockdown.

With the recent increase in Fair & Remunerative Price (FRP) for sugarcane to ₹ 290 per quintal for SS 2021-22 and media reports around potential increase in State Advised Price (SAP) for sugarcane in UP and a linked hike in Minimum Selling Price (MSP) for sugar which has been static for 30 months despite increases in FRP, the overall outlook for prices remain positive.

Sharing insights on how Triveni Engineering & Industries Ltd is taking steps to be exemplary for the Indian sugar industry in building a sustainable bio-fuel economy Mr. Tarun said, “At Triveni, we have been leveraging the capacities, capabilities and efficiencies of our distilleries effectively to build a sustainable bio-fuel economy. To this effect, the Company has announced capacity expansion from 320 KLPD to 660 KLPD which will be operational by summer of 2022. We believe this is one the fastest expansions at the most optimal capital expenditure among the industry.

Notably, among these expansions is the Company’s new 160 KLPD multi-feed distillery being set up at our Milak Narayanpur sugar mill, which will be operated on molasses/sugarcane juice & syrup/grain. This is among the largest plants of its kind in North India.

In the last few years also, the Company has stepped up its efforts to produce more ethanol in line with the Government of India’s vision. In SS 2019-20, three of our units undertook B-heavy diversion for ethanol production, while for SS 2020-21, the number went up to five sugar units, in tandem with the increasing demand and the resultant growth potential. Over the last few years, the bulk of production from our existing distilleries has been ethanol, for supply to Oil Marketing Companies (OMCs) for blending in petrol. We secured contracts of 10.09 crore litres from OMCs during the ethanol supply year 2020-21.”

“Going forward, we are geared up to operationalise our distilleries including the two upcoming distilleries at Muzaffarnagar and Milak Narayanpur, which will further sharpen our competitive edge in this business. In these upcoming distilleries, the Company has kept the flexibility to operate with dual feedstock including grain as per the Government of India’s Biofuel policy based on economics and availability.” He further added.

Knowing that India can be the largest ethanol producer in the world, taking opinion on what long term policies the Government should take for industry to develop and looking at the current scenario, what immediate measures are required in making the dynamics of demand supply play well Mr. Tarun answered, “The ethanol blending in India has reached more than 8%, putting the country on course to meet the target of 10% by 2022. Further, the goal of 20% ethanol-blending by 2025 will fast forward the growth of the ethanol industry in the country. To meet the target of 20% ethanol blending, India will need 1,000 crore litres of ethanol. Soft loans to sugar mills and a single-window clearance to build grain-based distilleries will drive the growth in the industry. Besides, more incentives to expand distilleries across geographies will help to widespread the production of ethanol in the country.

It is important for the sugar industry to aggressively push the production of ethanol in the country. The higher diversion of sugar towards ethanol would allow manufacturers to lower the stock levels, raise cash flows and reduce debt burden. The ethanol manufacturers also need support of OMCs in terms of regular tenders and adequate tankage capacity.

Apart from ethanol blending targets beyond 2025, the Government’s continued measures and policies on flex-fuel vehicles will also be key to the overall ethanol push which will further the country’s energy transformation to be more energy self-sufficient, to meet our climate change goals.”