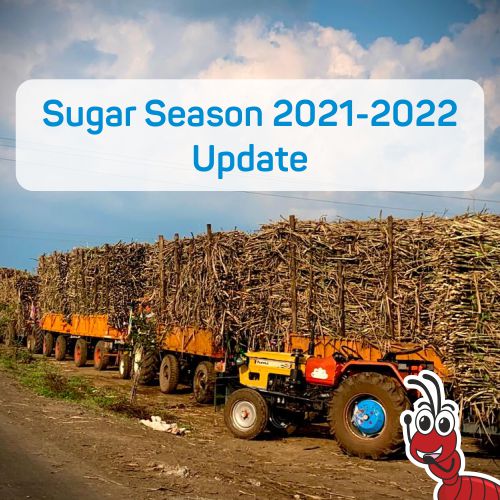 According to the Indian Sugar Mills Association, in the current season, 521 mills operated against 506 mills which operated last season. As on 15th May, 2022, 405 mills had closed their crushing operations while 116 sugar mills were still operating in the country. However, in the last season 2020-21, 461 mills had closed their crushing operations and only 45 mills were operating on the corresponding date.

The summary of sugar production vis a vis last year has been tabulated as below. The table also indicates state wise estimated sugar diversion towards production of ethanol for the current year as well as last year. In this way this table gives clear idea of actual sugar production in both the years with and without diversion into ethanol. The following table is self-explanatory:

Most of the operating factories are expected to close by the end of this month. However, a few mills may operate till first fortnight of June, 2022.

Further, Karnataka and Tamil Nadu have a special season also, which commences in June / July and runs upto September. Last year both these states collectively produced 4.36 lac tons of sugar in the special season.

Meanwhile, IMD, in its statement has said that Southwest monsoon has advanced further into parts of South Bay of Bengal, Andaman Nicobar Islands and the Andaman Sea. Accordingly, conditions are favourable for further advancement of SW monsoon. The agency had earlier predicted normal SW monsoon for India this year.