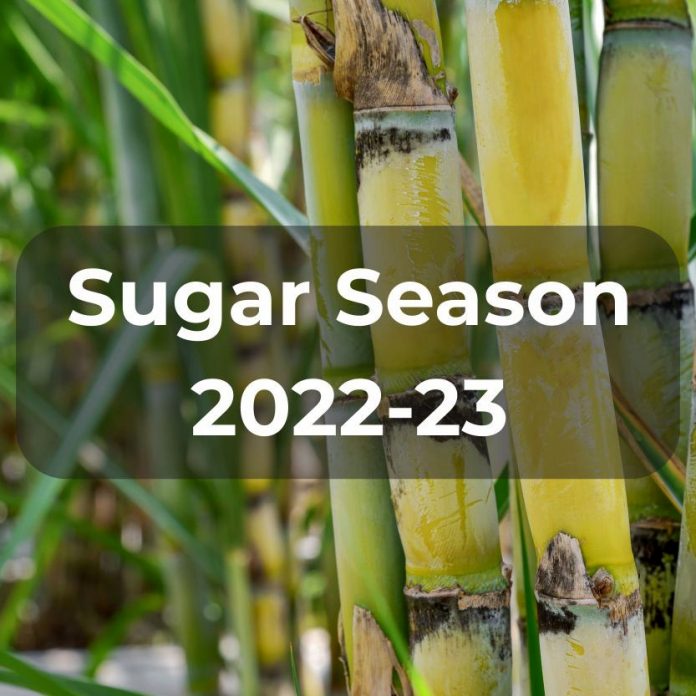 The increase in acreage and the expected increase in sugarcane production was discussed in the meeting of ISMA on 22nd July,2022, wherein representatives from sugar producing States from across the country were present. The images of the cane area, field reports regarding expected yield, sugar recovery, drawal percentage, impact of previous and current year’s rainfall, water availability in reservoirs, expected rainfall during SW monsoon 2022 and other related aspects were discussed in detail during the meeting and accordingly preliminary estimates for 2022-23 SS are being released.

This is without considering reduction of sugar because of diversion of B heavy molasses and sugarcane juice/ syrup into production of ethanol. 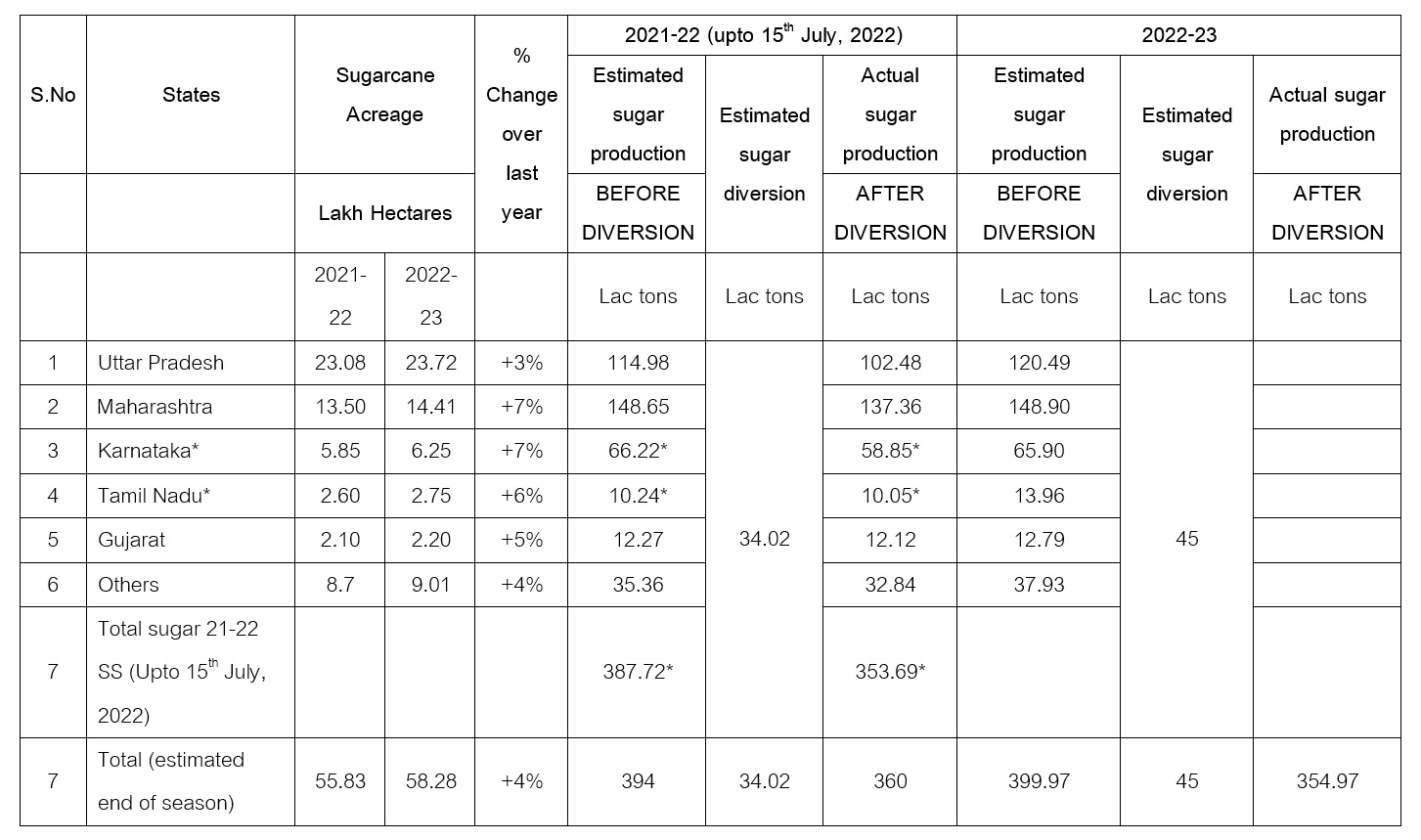 *Special season is in progress in Karnataka and Tamil Nadu, so production figures of these states are upto 15th July, 2022 (2021-22 SS)

During the next year 2022-23, since the target of 12% blending is expected to be achieved, a total of about 545 crore litres of ethanol would be required and supplied.

Accordingly, it is estimated that the diversion of cane juice and B-molasses to ethanol will reduce sugar production by about 45 lakh tons in next season, as compared to about 34 lakh tons estimated to be diverted this year.

Therefore, after accounting for the reduction of 45 lac tons in sugar production due to diversion of cane juice and B-molasses to ethanol, ISMA estimates sugar production in 2022-23 at around 355 lakh tons of sugar and consumption would be around 275 lac ton therefore keeping a surplus of about 80 lac tons which needs to be exported.

The above estimate is made assuming normal rainfall and other optimum conditions during the remaining period.