Home All News India’s Economy In ‘Perilous’ State; Would Have Resigned If I Were Finance... 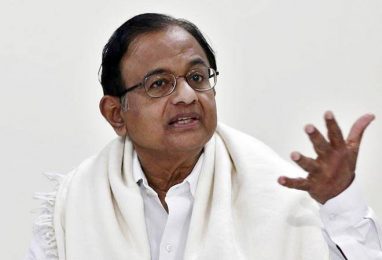 New Delhi, Jan 18 (PTI) Former Union minister P Chidambaram Friday said the country’s economy was in a ‘perilous state’ and had he been the finance minister of this government, he would have resigned.

He said the countdown for elections had begun and one did not expect anything better from this government as there was nothing it would do in the next 60 days that would alter the state of the country’s economy.

“We don’t expect anything better from this government. This is the countdown to the elections. Nothing the government will do in the next 60 days will alter the status of the economy.

“The state of the economy is quite perilous…Every indicator is worrisome…So, we have to pray some hope and trust in the next government,” he told reporters.

The former finance minister also expected the government to announce some sops and measures in the Vote-on-Account, but said no major decision could be announced.

“I don’t think they have ever felt the need to go by any precedent. They make their own precedents,” he said when asked if the government might announce some big sops or schemes during the Vote-on-Account.

“They may garner some money through some devices but I think they will find it difficult to meet the fiscal target. I will compliment them if they meet the target but I have my doubts,” he said.

On Finance Minister Arun Jaitley mentioning the farm crisis, Chidambaram said it was no longer a secret that the government might announce some scheme in this regard.

“I think every one of you reported the one kind or other package that they will announce. I think it is an almost open secret that they are going to copy either the Telengana model or the Madhya Pradesh model or the hybrid model and they will give away money which they don’t have,” he said.

Asked if it was too late for such a scheme he said, “It is for the people to judge. This is clearly intended to win votes, let us wait and see. I don’t think people are fools. People know that for 4.5 years, you do nothing and you suddenly wake up and make these policies for announcements over which you slept over.”

On the Congress’ manifesto, Chidambaram said it was a “looking forward” manifesto. “Our manifesto will talk about the next five years. It will also talk about long range vision of the party,” he said.

He also rejected as “wrong” the claims made by Prime Minister Narendra Modi that the GDP during the last five years was the highest since 1991 for any government. 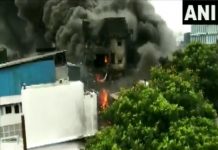 Increase in area coverage under sugarcane 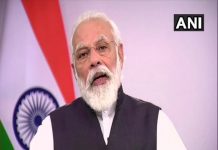