Home All News India’s IIP Growth Falls To Five-Month Low Of 4.4% In March 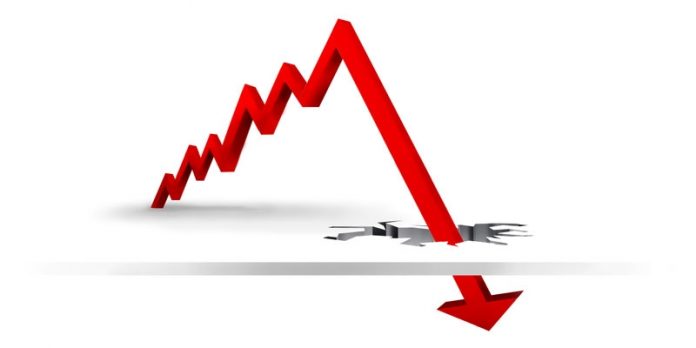 New Delhi: The recovery in India’s industrial production faltered in March after manufacturing registering robust growth for four consecutive months, official data showed on Friday, casting doubts on the strength of upturn in the Indian economy.

The index of industrial production (IIP) grew 4.4% in March against a downward revised 7% increase in the previous month. Economists surveyed by Reuters had forecast IIP to grow at 5.9% in March.

The volatile capital goods segment, a proxy for investment activity in the Indian economy, which had been rising steadily for seven straight months until February, contracted by 1.8% in March, mostly because of an unfavourable base effect.

The fresh macro-data came days after the Reserve Bank of India (RBI) governor Urjit Patel said India is witnessing a revival in investment activity after several quarters of downturns, which would put the nation’s economic recovery on a surer footing.

“There are now clearer signs that the revival in investment activity will be sustained. Global demand has been improving, which should encourage exports and boost fresh investments. On the whole, real GDP growth is expected to expand at 7.4% in 2018-19, with risks evenly balanced,” Patel told a meeting of the International Monetary and Financial Committee of the International Monetary Fund (IMF) in Washington DC last month.

Aditi Nayar, principal economist at ICRA Ltd, said the extent to which IIP growth spluttered in March 2018 was sharper than expected, driven by the deteriorating performance of capital goods, as well as modest sequential dips in the growth of the other categories except consumer non-durables.

Barring the healthy expansion of consumer non-durables (10.9%) and construction goods (8.8%) — driven respectively by items such as sugar and cement — other use-based categories like primary goods and intermediate goods recorded a sub-3% growth in March 2018.

In terms of industries, 11 of the 23 industry groups in the manufacturing sector showed positive growth in March. The highest negative contributors to the IIP growth were gold jewellery—hit by the PNB fraud allegedly perpetrated by jeweller Nirav Modi—followed by generators, while the highest positive contributor continued to be digestive enzymes and antacids.

While high oil prices which hit $78 a barrel on Thursday–the highest since November 2014–may pose a risk to economic recovery and the inflation outlook, forecast of a normal monsoon by India’s weather office could mitigate farm distress and boost rural demand in 2018-19.

In its biannual World Economic Outlook, the IMF said economic activity in 2018-19 will be lifted by strong private consumption as well as the fading effects of the withdrawal of high-value currencies and implementation of GST.

“Over the medium term, growth is expected to gradually rise with continued implementation of structural reforms that raise productivity and incentivise private investment,” it added.

IMF has projected economic growth to recover to 7.4% in 2018-19 while the Asian Development Bank and the World Bank have projected the Indian economy to grow at 7.3% during the year. In 2017-18, the economy is estimated to have grown at 6.6%.