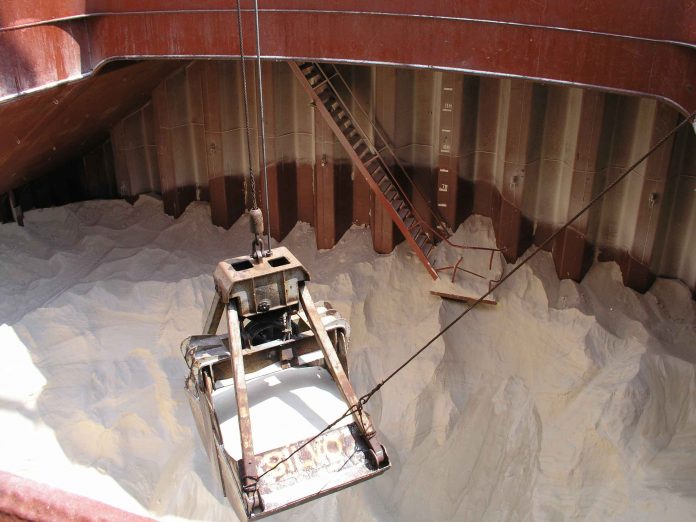 The Indian government’s price controls have created an unsustainable sugar glut, and now New Delhi wants to dump it on the already struggling world market for the commodity.

India is the world’s second-largest producer and biggest consumer of sugar. Thanks to strict controls of imports, exports and prices, the country generally produces all it needs.

In a hold-out from an era of central planning, New Delhi sets the minimum price for cane, and to keep sugarcane farmers sweet with the government, it keeps raising that price. But end-user sugar prices are free to fluctuate and currently are so low that refiners say they lose money on every teaspoon they sell.

“Stocks get added every year, but there are not as many takers,” said refiner Amit Agarwal, who runs sales operations in a sugar mill in the northern state of Uttar Pradesh. Pointing to a warehouse packed with 77,500 tonnes of sugar he can’t sell, Mr Agarwal said his mill is under pressure to pay farmers on time. “But where is the money to pay them?” he said.

Refiners are required to buy everything the cane farmers bring them at a government-set price. But because they only have to pay the farmers after they sell it, they are hoarding the sugar and waiting for a better price — or better incentives.

The result: piles and piles of sugar, in warehouses all over India. Mr Agarwal’s five warehouses all have sugar bags piled 10m high. At last count, in late May, Indian refiners had a stockpile of 13 million tonnes of sugar — more than all the sugar consumed in the US last year.

India’s sugar output is expected to rise to 31.5 million tonnes in the 12 months that began on October 1, exceeding the annual demand by 6.5 million tonnes, according to latest estimate by the Indian Sugar Mills Association, a New Delhi-based industry group.

India’s roughly 50 million sugarcane farmers say they deserve a living wage for their hard work, and acknowledge that government guarantees have improved their lives. But they are desperate to get paid.

New Delhi is pressuring the refiners to sell so they have the cash to pay off the cane farmers and is even offering refiners an extra incentive to export their extra sweetener.

The government wants to placate farmers since they are a large and politically influential lobby, forming a huge voting bloc. With national elections due next year, the government is trying to court the cane farmers and secure their votes.

India hopes to get rid of around 2.5 million tonnes of its excess sugar on the international market. While refiners lose money on the global market just as they do at home, the government is creating incentives, such as the elimination of sugar export taxes, to help them offset more of their losses through exports. In March, the Indian government discarded a 20 per cent export duty, hoping mills would sell excess supplies in the overseas ­markets.

New Delhi is also working to subsidise a part of cane payments made by mills to farmers. Earlier this month, India’s cabinet permitted a payment of 5.5 rupees a kilogram of sugar to be paid directly to the farmers on behalf of the mills. New Delhi is also considering building a buffer stockpile of three million tonnes to help lift domestic prices, which it hopes will in turn get the refiners to sell and pay what they owe to cane growers.

Refiners say these measures don’t go far enough. “If the government wants to keep the mills alive and running, it should stop raising the cane price. That is the only solution,” Mr Agarwal said.

As new cane starts coming in for the next harvesting season beginning in October, Mr Agarwal plans for his mill to either sell sugar on the local market at lower prices or keep stocks until next season.

Appeasing the huge bloc of restive cane farmers remains a major concern for Prime Minister Narendra Modi’s Bharatiya Janata Party as the country goes to the polls next year, analysts say. Simply because there are so many of them, cane farmers’ support is crucial for political parties.

But the world’s sugar market is already hurting. A global glut has pushed sugar prices close to a three-year low, amounting to a big kick in the gut for countries like Brazil and Thailand that depend on export revenues.

If India floods the market with its sugar surplus, other producing countries like Brazil, Thailand and Australia would “worry about losing money and complain to the WTO”, said Michael McDougall, a New York-based commodities analyst at ED&F Man Capital Markets.

“The WTO really can’t send police and stop them from exporting sugar. But in the long term, India might have trade-support issues with the WTO,” Mr McDougall said.