Home All News Indonesia And Malaysia Show Interest In Importing Sugar from India With These... 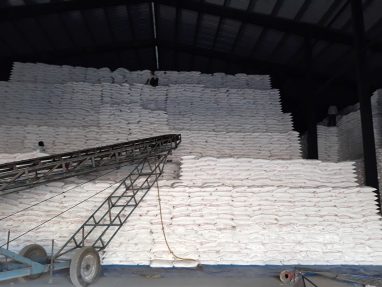 With the bumper production of sugar, the central government is striving to increase the export of sugar to reduce the dues of farmers. India has been aiming to channelize the sugar stocks through exports. Indonesia and Malaysia have shown interest in importing sugar from India, but for this, the condition of duty reduction on the import of palm oil has been laid down.

According to sources, Indonesia and Malaysia can import about 11 to 13 million tons of sugar, so on the reduction of duty on palm oil import, Ministry of Food, Ministry of Foreign Affairs and the Ministry of Commerce are negotiating. The Central Government is exploring the possibilities of sugar exports to China, Bangladesh, Sri Lanka, Indonesia, and Malaysia, for which teams had been sent in these countries, and China has already imported sugar from India. According to sources, Bangladesh and Sri Lanka are also importing sugar from India.

Total availability of sugar
According to the Indian Sugar Mills Association (ISMA), the production of sugar in the first quarter of the current crushing season 2018-19 (October to September) from October 2018 to 31 December 2019 has been 110.52 lakh tonnes, while the total production is estimated to be 320 million tonnes is. In the current crushing season, on October 1, 2018, outstanding stock of 107 lakh tonnes was left.
Hence the total availability will be 427 lakh tonnes. The annual consumption of sugar in the country is 255 to 260 lakh tonnes. Such is the availability of sugar bumper in the domestic market, despite the reduction in prices in the world market, although the concessions given by the central government, even in limited quantities has exported deals.

Slowing down of exports in the world market
White sugar prices in the global market are $ 350 per tonne, whereas, in these prices, the export deals are in limited quantity. According to sources, so far only 6.5 lakh tonnes of Chinese exports have been made in the current crushing season, while the central government has permitted to export 5 million tonnes. On Friday, the sugar factory’s X-factory price of Rs 3,200 to Rs 3,250 per quintal in Uttar Pradesh and Rs 3,500 a quintal in Delhi.

The government had reduced the fee on December 31
The central government had reduced the import duty on crude palm oil imported from Malaysia from December 31, 2018, to 44 percent and the import duty on refined oil from 54 percent to 45 percent. Apart from this, the imports of imported crude palm oil from Indonesia had been reduced from 44 percent to 40 percent and imports of refined oil from 54 to 50 percent.