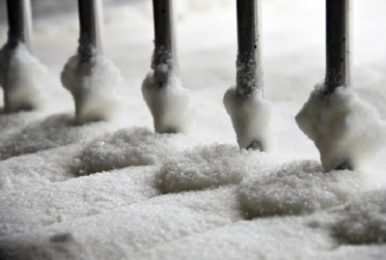 New Delhi, Nov 19 (PTI) Indonesia is interested in buying sugar from India but wants latter to cut import duty on refined palm oil and the sweetener substantially to 45 percent and 5 percent, respectively, according to sources.
An Indian delegation is scheduled to visit Indonesia this week to negotiate a trade between the two nations for these two commodities.
While India is the world’s largest sugar producer with a huge quantity of exportable surplus, Indonesia is a major producer of edible oils, particularly palm.
According to sources, India is in talks with various countries including China and Indonesia to export surplus sugar and help mills clear cane arrears to farmers.
The Indonesian government is believed to have communicated that it was “not averse” to a bilateral arrangement with India on palm oil and sugar but it would take a long time to bring changes to the existing law for facilitating trade, the sources said.
Instead, Indonesia has suggested a trading arrangement under the India-ASEAN free trade agreement (FTA) so that import duty on refined palm oil and sugar is harmonized to 45 percent and 5 percent, respectively, to facilitate trade, the sources added.
Indonesia has argued that the Comprehensive Economic Cooperation Agreement (CECA) between India and Malaysia will come into effect from January next year that provides for a preferential import duty of 45 percent on refined oil as opposed to 50 percent duty under the India-ASEAN FTA.
At present, India levies import duty of 54 per cent on refined palm oil, 44 per cent on crude palm oil and 100 per cent on sugar.
India imports 14-15 million tonnes (MT) of vegetable oils (edible and non-edible) annually to meet its domestic demand. The country imports palm oil from Indonesia and Malaysia, while soyabean oil from Brazil and Argentina.
However, in the case of sugar, the country is sitting on a surplus stock of over 10 MT on record production last year and expected bumper output this year as well.
The Indian government has asked millers to export 5 MT of sugar mandatorily this year and even given financial assistance to facilitate trade. So far, 8,00,000 tonne of the sweetener has been exported.
The country has produced 32.5 MT of sugar in 2017-18 marketing year (October-September).