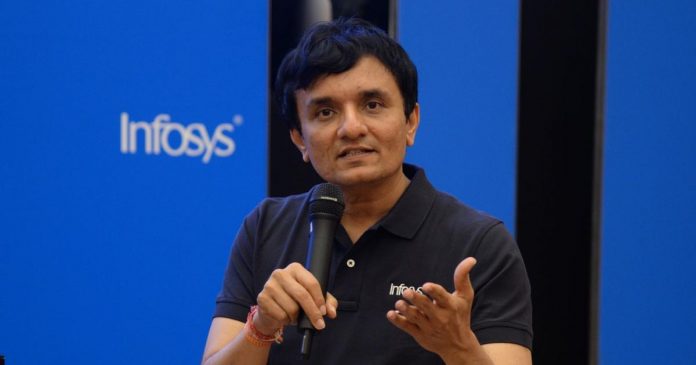 New Delhi, Aug 20 (PTI) Shares of Infosys today defied broader market sentiment and fell as much as 4 per cent in morning trade on bourses following the sudden resignation of its Chief Financial Officer MD Ranganath.

On August 18, Ranganath, fondly known as Ranga, who has been working with Infosys for close to two decades, resigned in a surprise move that raises questions about stability at the country’s second largest IT services firm.

Ranganath, took over the CFO role in 2015 after the exit of Rajiv Bansal.

He is leaving the company to “pursue professional opportunities in new areas” and will continue in his current position till November 16, 2018, Infosys had said in a statement.

The board, which accepted the resignation at its meeting on August 18, said it will immediately commence the search for Ranganath’s successor.

“After a successful career spanning 18 years in Infosys, including as CFO for the last three crucial years, I now plan to pursue professional opportunities in new areas,” Ranganath said.