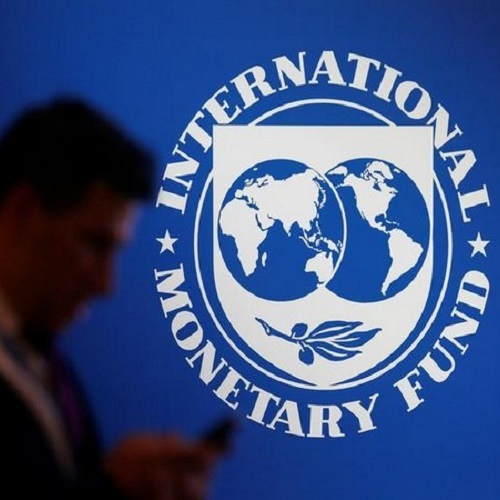 Washington DC [USA], Jan 29 (ANI): Policymakers should continue to monitor the buildup of financial vulnerabilities and take steps to address them where appropriate, in order to reduce the chance that such vulnerabilities may amplify adverse impact of shocks to the global economy, the International Monetary Fund (IMF) has said.

While the easing of monetary policy last year played an important role in containing downside risks to the global economy, the deployment of cyclical macroprudential policy tools — like the countercyclical capital buffer — is now paramount to keep rising vulnerabilities from putting growth at risk in the medium term, it said. Throughout 2019, one important driving force boosting asset prices was the synchronised monetary policy easing, said Tobias Adrian and Fabio Natalucci of IMF’s Monetary and Capital Markets Department in a blog post.

As concerns about the global economy grew, central banks around the world including the US Federal Reserve and the European Central Bank eased monetary policy through rate cuts and unconventional tools.

“The combined number of policy rate cuts in advanced and emerging- market economies was the largest since the global financial crisis in 2008,” said Adrian and Natalucci.
“The forceful response of central banks contributed to a sharp easing of financial conditions around the globe, which in turn helped contain downside risks to the global economic outlook,” they said.

As a result, many risky asset markets around the world had a spectacular year. Equity market indices were up just over 30 per cent in the United States, close to 25 per cent in Europe and China, and over 15 per cent in emerging markets and Japan.

Emerging-market sovereign debt, US high-yield debt and emerging-market corporate debt all had returns in excess of 12 per cent. Remarkably, the fourth quarter of 2019 was especially strong in China and in emerging markets.

The most recent IMF World Economic Outlook update discusses the easing of financial conditions and the reassessment of downside risks, and cautiously forecasts a slight rebound of global economic activity this year and next, albeit to a lower level than previously forecast.

“In our view, 2019 demonstrated the continuous effectiveness of monetary policy, especially when easing is undertaken in a synchronised manner around the globe. The IMF estimates that global growth would have been 0.5 percentage point lower without global monetary policy stimulus. That is a powerful outcome in the face of heightened downside risks,” said Adrian and Natalucci.

Taking a longer-term view, however, the easing of global financial conditions so late in the economic cycle and the continued buildup of financial vulnerabilities — including the rise in asset valuations to stretched levels in some markets and countries, the rise in debt and large capital flows to emerging markets — could threaten growth in the medium term, they added.

Vivek Waghmode - Thursday, 9 December 2021
Maximum sugar mills are operating in Solapur division with 43 mills and these mills have so far produced 56.1 lakh quintal sugar by crushing 66.22 lakh tonne sugarcane with recovery rate of 8.47% according to the sugar commissionerate.

ChiniMandi - Thursday, 9 December 2021
A workshop on creating awareness on “Sexual Harassment of Women at Workplace” was conducted at National Sugar Institute, Kanpur today. The workshop was attended...

ChiniMandi - Thursday, 9 December 2021
“We are now sending sugar to Jaygad port using alternate route which is time consuming and increasing our expenses. Apart from this the sugar is reaching at the port late and there is delay in exporting sugar from the port to the destinations fixed as per the contracts signed by exporters,” he said.