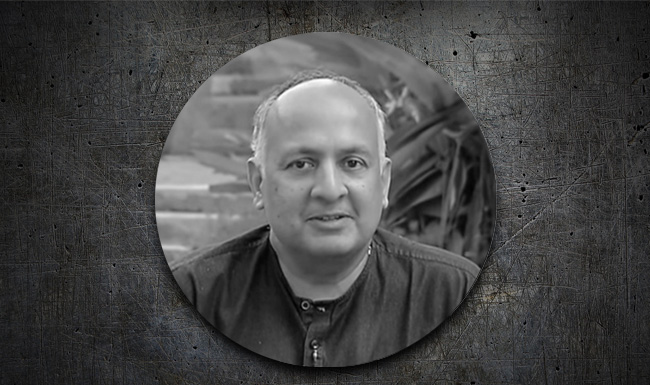 When an astute investor hikes his stake in a company, you take notice. And when he also happens to be an insider, you take an even harder look. Vinod Sethi, the star fund manager from Morgan Stanley in the 90s, who later moved on to make a name for himself with his private fund seems upbeat on a stock where the market is rather downbeat. Sethi, also executive chairman of KCP Sugar and Industries, has bought stock worth 15 lakh in the company through open market transactions in CY18. The purchase has bumped up Sethi’s stake in the Andhra Pradesh-based company from 0.03% to 0.08%. Sethi is also one of the directors in Durgamba Investment, which holds bulk of the promoter holding in the company (38.58%).

Some of Sethi’s successful investments include Mount Everest Mineral Water (Now known as Himalayan & owned by Tata Global) and Green Power Company, which operated in the emerging business of carbon credits. And now, besides KCP Sugar, Sethi is on the board of agrochemical giant UPL, payment solutions company ItzCash, IT infrastructure company Green Grid Group, animations and visual effects studio Anibrain Digital Technologies to name a few.

Sethi is not the only insider, who is increasing his holding. Irmgard Velagapudi, MD of KCP Sugar has also raised her stake from 1.41% to 1.5% in CY18, picking up stock worth 25 lakh. The promoter-holding entity Durgamba Investment has also marginally hiked its stake from 38.57% to 38.58% in CY18. As on December-2017, the promoters and promoter group holding stood at 40.23%.

Year-to-date, the stock has corrected 29%. The company’s recent set of numbers have been disappointing. For the quarter-ending December, the company’s topline was down 28.5% on a y-o-y basis, and it incurred a loss of 1.1 crore compared to a profit of 14 crore in the corresponding period last year. For 9MFY18, KCP Sugar has seen its topline fall 20% y-o-y to 294 crore and profit reduce 31.19% y-o-y to 32.78 crore.

Sugar mill owners are currently facing tough times given the fall in spot prices of sugar on the back of increased supply (as on February 28, sugar production was 42% higher vs. last year’s crushing season). The spot price of sugar has corrected around 20% from its 52-week high. This has affected inventories of sugar companies, leading to losses. The plunging sugar prices, along with higher cane costs, have squeezed the operating margins of sugar mills in the current crushing season.

Amidst this pall of gloom, there is one reason for KCP Sugar to be hopeful. Recently, a competitor Delta Sugars shut down its operations, which would benefit KCP as it would gain access to the former’s command area. Each mill has a command area of sugarcane-growing regions, which the state government allots. And, farmers who have registered with mills have to sell the cane only to those units.

The state government has decided that farmer produce that was earlier supplied to Delta Sugars, would be split between KCP Sugar and Andhra Sugars. With weak players in the sector finding it difficult to sustain operations, KCP Sugar is said to be on the lookout for potential acquisition targets to scale up its crushing capacity. Its current capacity stands at 11,500 tonne per day. With the sugar sector being tightly-regulated by government and highly cyclical in nature, investors have often found it hard to make money in this space. But Sethi is bumping up his stake amidst the recent correction in the stock price. Surely, he is looking beyond the current pessimism.