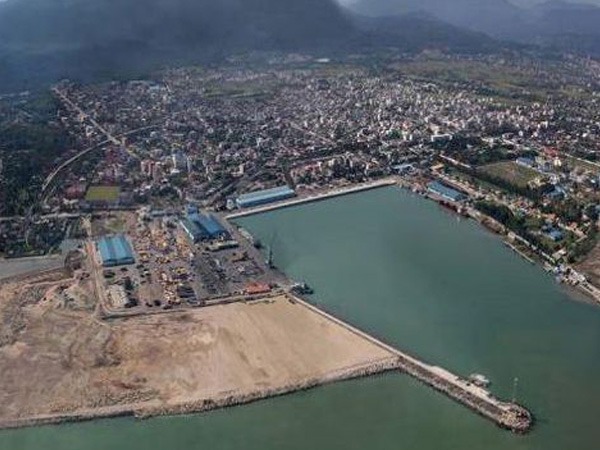 Kabul [Afghanistan], September 17 (ANI): Landlocked Afghanistan faces many issues related to trade as it has to cross Iran or Pakistan to reach water ports as the seaports accelerate the rate of international trade and act as an inhibitor in trade cost.

Chabahar seaport via Iran was found to be the utmost sustainable one as a trade route. To connect Afghanistan with Iran’s Zabul province for smoothing and accelerating goods movement, the Delaram-Zaranj Highway with a 218 km roadway in the Nimruz province was designed and constructed by the government of India at the request of Afghanistan and cost USD 175 million.

Zabul province in Iran is well-connected by road to the Port of Chabahar. It is one of the busiest roads in Afghanistan and provides an important trade route between Afghanistan, Iran, and the rest of Asia, said Ebrahimi.

Chabahar road is much shorter and more stable than any of the routes in Pakistan, making it perhaps the most efficient means that Afghan traders can reach the final destination for their exports, where 80 per cent of Afghanistan’s cargo traffic now lies.

Since the port begin its functioning, Afghanistan’s dependency on Pakistan decreased significantly, and the trade with Pakistan fell to USD 500 million in 2018 compared to USD 2.5 billion, reported Khaama Press.

Meanwhile, Chabahar Port, located in Iran’s southeastern province of Sistan-Baluchistan, is the lifeline Afghanistan needs to reinvigorate its trade potential. In the meantime, such trade opportunity cuts costs and leads to greater revenue for economic empowerment and international integration which help in the county’s prosperity and stability, said Ebrahimi.

Afghan traders have responded with enthusiasm to Chabahar’s reliable trade and transit offerings. Iran and India have provided as lucrative a deal as possible to Afghan traders and at the initial stage provided a 30 per cent discount in customs tariffs, 50 acres of land for Afghan investment, and free cooling storage facilities reported Khaama Press.

The Chabahar port is intended to have a nominal capacity of 86 million tons by 2024, and Afghanistan intends to have a considerable stake in these operations. Afghanistan’s strongest prospect for a brighter future is greater trade through the Chabahar port.

Moreover, Afghanistan’s main export items are agricultural products which India is the largest market for it, especially, since the market potential is high in Mumbai and Gujarat where Chabahar has direct shipping to these states. (ANI)