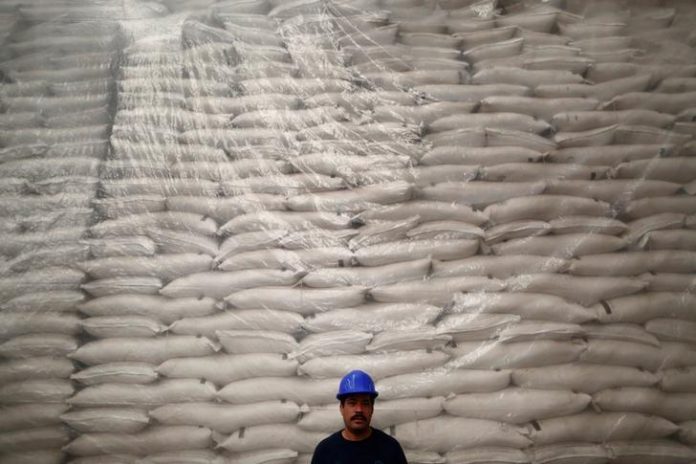 LONDON (Reuters) – The International Sugar Organization (ISO) on Tuesday forecast a global sugar surplus of 10.51 million tonnes in 2017/18, sharply above its previous projection of a 5.15 million tonne surplus.

“Since February, the statistical picture has become clearer and more alarming … the world sugar economy has managed to generate some late-season surprises, considerably worsening the fundamental picture,” the ISO said in a quarterly report.

“The dramatic surge can be attributed to spectacular results at the final stage of the campaign in two Asian giants – India and Thailand,” the ISO said.

The revisions were partly offset by a downward adjustment to Brazil’s production in 2017/18 to 34.5 million tonnes versus a previous forecast of 36 million.

“First tentative indications point toward a possible excess of global production over consumption for one more season albeit with a smaller global statistical surplus of about 6 million tonnes in 2018/19, but a possible end of the surplus phase in 2019/20,” the ISO said.

The ISO, in its latest quarterly report, estimated there was a global deficit of 3.67 million tonnes in 2016/17, slightly wider than the previously seen 2.54 million.