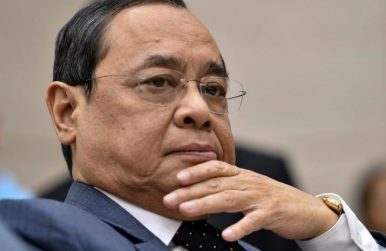 Justice Ranjan Gogoi, 63, is the first person from the northeast to become the Chief Justice of India. He will have a tenure of a little over 13 months and would retire on November 17, 2019.

Justice Gogoi is known to be a soft-spoken but tough judge. He was among the four judges who, in January, criticized Chief Justice Misra in a rare press conference and accused him of misusing his role of assigning cases as the Supreme Court’s Master of the Roster.

He was appointed as Chief Justice of Punjab and Haryana High Court on February 12, 2011. He was elevated to the Supreme Court on April 23, 2012.