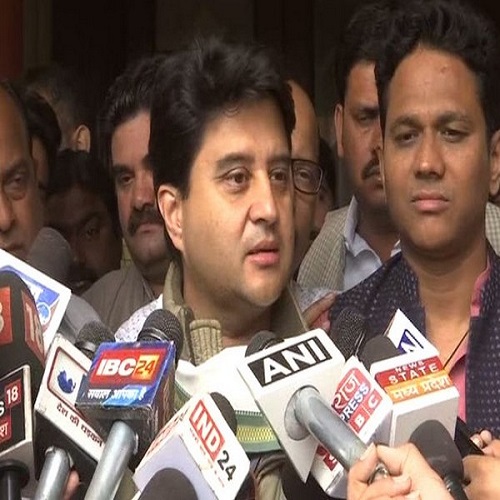 BJP president JP Nadda symbolically inducted Scindia into the party by offering him a party stole and a bouquet in front of the media at the BJP headquarters here. The disgruntled four-time Congress MP reached the BJP headquarter at around 2.30 p.m. He met Nadda and other senior leaders and later faced the press along with Nadda and BJP vice president Vinay Sahasrabuddhe.

Scindia had on Tuesday met Home Minister Amit Shah, who then took him to see Prime Minister Narendra Modi at his official residence. Scindia’s resignation from the party, that triggered the resignation of 22 MLAs who are his loyalists, has left the Kamal Nath-led Congress government in Madhya Pradesh in a turmoil.

He was a strong critic of the Narendra Modi government in its first term and articulated his concerns in the Lok Sabha. Belonging to a political family, Scindia was first elected to Lok Sabha from Guna in 2002 after his father Madhavrao Scindia died in an airplane crash. Madhavrao Scindia was elected to the Lok Sabha in 1971 at the age of 26 and went on to win nine consecutive elections from the Gwalior and Guna constituencies. Jyotirdaditya S