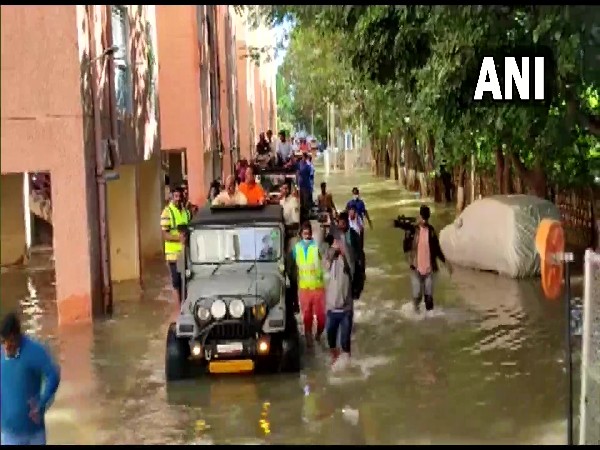 The Chief Minister visited Kendriya Vihar Apartment and surrounding areas in the city.

After heavy rains, the Yelahanka Lake overflowed and water flooded into Kendriya Vihar and surrounding areas.

Earlier, the Chief Minister had announced that a sum of Rs 5 lakh would be paid as compensation for completely damaged houses and Rs 3 lakh for partially damaged houses in three instalments.

District Collectors have been instructed to disburse the first instalment of Rs 1 lakh immediately.

Bommai further said that the state government has released Rs 500 crore for the repair of damaged roads and bridges. Schools and Anganvadis too had suffered damages and their repair would be taken up through the NDRF fund.

Karnataka and its neighbouring states have been receiving incessant rainfall in the month of November.

The India Meteorological Department (IMD) on Sunday predicted widespread light to moderate rainfall in Karnataka, Kerala, Tamil Nadu, and Puducherry during the next five days. (ANI)