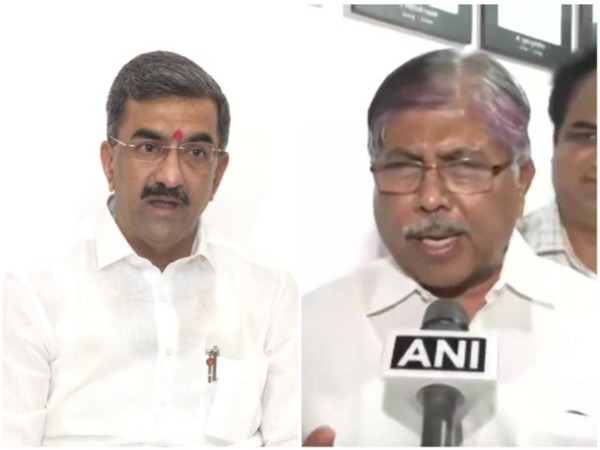 The meeting was scheduled to be held on December 3.

On the request of the Belagavi Ambedkar organization, their visit has been postponed and both will arrive in Belagavi on December 6, on the death anniversary of Dr BR Ambedkar.

“On 6th December Mahanav Bharat Ratna, Dr Ambedkarist organisations in Belgaum are urging to come to attend a program on the occasion of Mahaparinirvana day of Babasaheb Ambedkar. Accordingly, the Coordinating Minister @shambhurajdesai and I will travel to Belgaum on December 6 instead of December 6. @CMOMaharashtra,” tweeted Patil.

Belgaum or Belagavi is currently part of Karnataka but is claimed by Maharashtra.

After the Karnataka-Maharashtra border dispute escalated, many untoward incidents took place in Belagavi.

During a cultural program in Belagavi’s Gogate College earlier, a student who danced with the Kannada flag was beaten up by his classmates, creating a tense atmosphere.

Yesterday, pro-Kannada organizations staged a roadblock on the highway in Belagavi. They set fire to tires and shouted slogans against Maharashtra. At present, the situation there is like an ash-covered pit.

As per media reports, the long-running Karnataka-Maharashtra border dispute started back in 1953, after the Maharashtra government objected to the inclusion of 865 villages including Belagavi.

The villages are spread across Belagavi and the north-western and north-eastern regions of Karnataka – all bordering Maharashtra.

After the implementation of the State Reorganization Act, of 1956, the Maharashtra government demanded the readjustment of its border with Karnataka.

Meanwhile, the Karnataka government is contemplating an all-party meeting soon in connection with the issue.

Recently, the Aam Aadmi Party (AAP) has asked the Karnataka government to hold an all-party meeting on the Belagavi border dispute with Maharashtra and allow its representative to join the meeting.

In a letter to Karnataka CM Basavaraj Bommai, Karnataka state president of AAP Prithvi Reddy demanded an all-party meeting in Karnataka to resolve the issue and requested him to allow a representative of AAP attend the meeting.

“The time has come for all parties to come together and fight against the attempts made to harm the interest of our state. The Aam Aadmi Party (AAP) is committed to protecting the interest of the state and the state government should invite us for the all-party meeting,” Prithvi Reddy said in the letter.

“Therefore, I assure you that our party’s contribution to the all-party meeting will be strong, innovative and worthwhile. The Chief Minister should make full efforts in the interest of the state,” Prithvi Reddy said in the letter. (ANI)