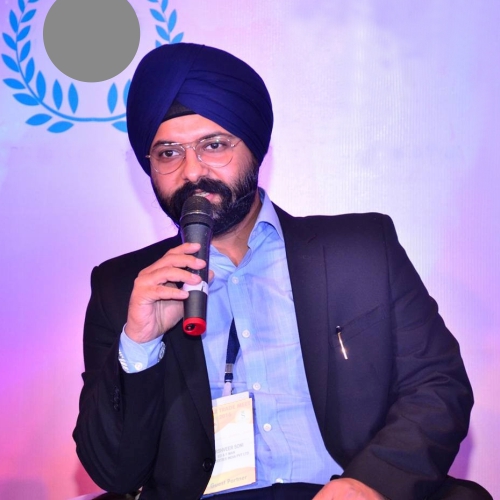 The voters across the nation have exercised their franchise in 6 phases of the Lok Sabha election to decide the fate of the largest democracy. The results will either allow a second term for the existing party or would bring a new person to head the most responsible chair of the country. The fate with the sugar production in India has a homogeneous kind of scenario, which is no less than a roller coaster ride with high peaks and steep falls and we all are a witness to it at some point of time.

With the new sugar season around the corner, along with upcoming monsoon predictions floating too, the existing nail-biting scenario in the country awaits an end to see what lies in the fortune of the sugar industry, will we see another record in making or production will fall short of the consumption numbers in the coming season(s).

Q. What are your views on the sugarcane yield for the upcoming season?
A. Monsoon will be the key not only for the coming up crop but also for the next one (2020-21), which we at GreenLeaf Corporations presume is more crucial. Rains were deficit last year too in parts of Maharashtra and the production numbers for the state were repeatedly revised downward only to see the state making a new record. We had predicted the crop @ 33.2 MMT around January 2019 and looks like the number is going to be closer to the estimate.
However, the real challenge lies ahead. The impact of the last year drought in parts of Maharashtra made analysts revise their crop numbers to as low as 8 MMT, yet it didn’t have any sharp blow on the crop output in the current year but it will impact the production in the next season as area under cultivation will come down.

Q. What are your estimate figures for sugar production?
A. For the current year considering drop in area in the state of Maharashtra and parts of North Karnataka, we are expecting Indian sugar production to be in the range of 27.6 – 28.9 MMT with mean production estimated at 28.3 MMT.
This will be a downside to Indian sugar production after 2 year of heavy surplus.
But does it change the complex of the Balance Sheet. Not Much?
With the opening balance of 14.5 MMT which is equivalent to 6.5 months of consumption, production downside to 28.3 MMT with consumption @ 26.6 MMT, the end stocks will still end higher than current year, if there is no Export.

Q. How smoothly do you see exports happening?
A. The surplus of 16 MMT in the next season will continue to keep the millers under financial stress and keep Govt on its toes to resolve the crisis of the sugar industry. Thus, an export in the next season again looks inevitable unless we do not have a major downside to the crop, reducing the stock burden.

Q. Where do you see monsoon driving the sugarcane crop?
A. Vagaries of monsoon!!!!! The monsoon has been predicted to be below Normal by Skymet and near Normal by IMD as per their first forecast which makes the crop more vulnerable in the next season, 2020-21.
Skymet has predicted monsoon to be below normal especially in the western part of the country which might keep Maharashtra and Karnataka devoid of rains. If the predictions turns out to be true, crops will suffer more in the next year due to prolonged dryness and loss of area under cultivation.
A repeat of Year 2016/17 is possible due to loss of production in Maharashtra and Karnataka bringing the production numbers below the consumption levels.

With zero exports in the next season 2019-20, the end stocks in the season 2020-21 will be 11 MMT equivalent to 5 month of stocks, thus keeps IMPORTS out and allow the Indian sugar industry adjust to its own internal dynamics.
If there are exports again in 2019-20, which looks inevitable with such high surplus, the end stocks will adjust to sub 7.5 MMT in 2020-21 (assuming 3.5 MMT exports in 2019/20) which will be 3.3 months stocks allowing the Indian sugar industry to rebuild the stocks in the later seasons.

Q. In a nutshell, how would you sum up the upcoming two monsoon seasons?
A. Indian Exports in the next season looks inevitable even with lower production in 19/20 as it fails to resolve the surplus situation of the country. Monsoon will play the most crucial role in deciding the fate of the industry for the next 2 seasons, which will either help industry regain normalcy if monsoon fails or push the industry into deeper crisis due to rebound in production cycle. Ethanol-program is presumed to be savior of the industry, and will aid in swinging the sugar production numbers in the coming seasons.

Note: The above prediction is based on monsoon shortfall.

In case of normal monsoon 2020-21 numbers will change to higher side, close to 2019-20 levels making export compulsory.