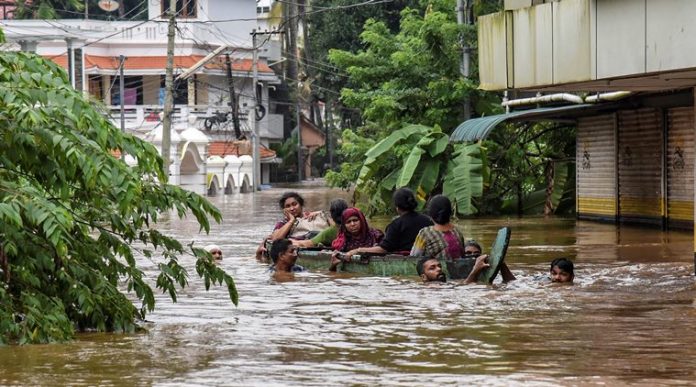 The Air Navigation Services wing of the Airport Authority of India has issued a Notice to Airmen (NOTAM) till August 26, due to which air services will remain suspended till then.

The Cochin International Airport informed Thursday that the airport will be shut for flight operations till August 26, 2 pm due to incessant rains in flood-hit Kerala. There has been no let-up in the torrential rains in the state. The Air Navigation Services wing of the Airport Authority of India has issued a Notice to Airmen (NOTAM) till August 26, due to which air services will remain suspended till then.

Meanwhile, low-cost domestic airline IndiGo issued a statement announcing the suspension of their flights operating to and from Cochin for now. The airline also said it will make sure to provide cancellation and rescheduling waiver to passengers booked to travel from August 16 till August 26, adding that they’re in touch with local partners to transport relief material for affected people.

Since August 8, the death toll in the monsoon fury has risen to 75, with Kerala Chief Minister Pinarayi Vijayan describing the situation as ‘extremely grave’ even as he spoke to Prime Minister Narendra Modi and Home minister Rajnath Singh seeking more central assistance for relief operations.

“This sort of a situation has never been faced by the state. Areas where floods had never occurred, are witnessing inundation,” Vijayan said. “We are doing all that is humanly possible and rescue efforts are going on,” he added and urged people not to panic, but take all precautions to keep themselves safe.

The Centre will be sending personnel from the Army’s special forces, 40 more teams of NDRF personnel, 200 life buoys and 250 life jackets, he said adding that 10 more helicopters of the Air Force will be arriving in the state today.

Trains services from the state capital have been suspended as of now and Kochi Metro operations have come to a halt.

A PIB release said the Cabinet Secretary chaired a high-level meeting on the Prime Minister’s instructions and Army, Navy, Air Force, Coast Guard and NDRF have been asked to mobilise additional manpower, boats and helicopters to scale up rescue and relief operations.