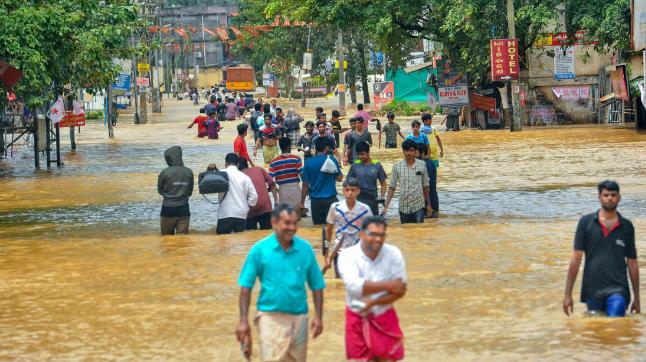 Thiruvananthapuram, Aug 21 (PTI) As Kerala struggles to raise resources for rehabilitation in the wake of devastating floods, the state government today demanded that it should be allowed to impose a 10 per cent cess on the GST and also introduce a special lottery.

The flood-ravaged state has asked for the GST council’s permission to introduce 10 per cent cess on the GST as part of its efforts to mobilise more resources for rehabilitation, besides planning to introduce a special lottery, a government press release said.

The Cabinet also decided to accept the materials supplied by individuals and voluntary organisations outside the state and distribute the same in relief camps.

In view of the flood situation, all plantation workers will be given 50 kg of free ration.

Fire department personnel, police and revenue officials as also fishermen who took part in the rescue operations will be given a certificate of the Kerala State Disaster Management Authority in recognition of their services, it said.

The devastating deluge has left 223 dead and over 10 lakh people homeless over the last fortnight.