Home All News Kochi Airport Suspends Operations Till August 18 : Everything You Need To... 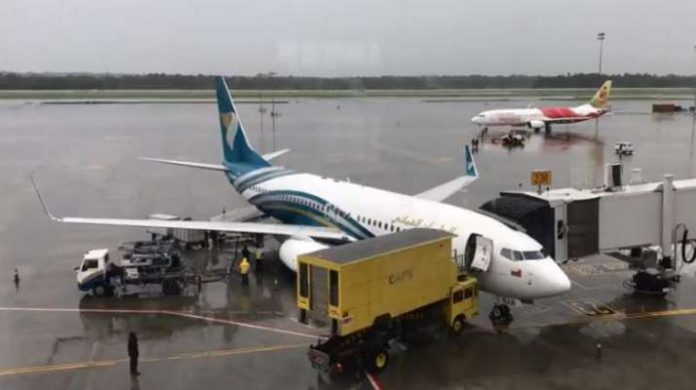 In an unprecedented situation, the Cochin International Airport Limited (CIAL) announced on Wednesday, that all flight operations at the Kochi airport have been suspended till 2 pm on August 18.

This comes after the water in Chengalthodu canal, which runs near the airport, overflowed, causing inundation of the runways.

An official release from CIAL at 10.05 am on Wednesday said that all operations have been suspended “since the inflow of water is still on a rising trend.”

The decision to suspend all operations till Saturday comes just hours after CIAL officials informed that operations have been suspended till 2 pm on Wednesday, due to heavy rains and due to the opening of the dam shutters in the Periyar river.

As per a PTI report, an airport spokesperson said, “Operations suspended to/from Cochin International Airport till 1400 hrs… due to flood level in and around Airport.”

Earlier on Wednesday, the CIAL had announced that flight operations at the airport will only be cancelled from 4 am to 7 am, but after further reviewing the condition, they reached the decision to cancel all operations till 2 pm on August 18.

After a brief period of calm for two days, the district of Idukki was again hit by rains forcing the authorities to open the shutters of the Cheruthoni dam of the Idukki reservoir.

Due to the heavy rains in the northern hilly districts, several landslides and floods have been reported from districts like Wayanad, forcing thousands of people to move to relief camps.

The shutters of the Mullaperiyar dam in the Idukki district was opened at 2.30 am on Wednesday following the rise in water levels at the dam.

By Wednesday, shutters of 33 dams in Kerala have been opened. Many districts in the state have been inundated with water following heavy rains and controlled discharge from dams.

It has been reported that almost 4,000 people will be shifted from the banks to various relief camps in the Idukki district.

Kerala Chief Minister Pinarayi Vijayan in a press meet on Tuesday said that it was for the first time since 1924 that the state was facing a crisis of this magnitude.

In the last one week, 38 people have died and four people are missing due to the heavy rains in the state. According to a rough estimate, more than one lakh people have been affected.

Idukki and Wayanad are the worst-hit districts, while Palakkad, Malappuram, Kozhikode and Ernakulam too, have been badly affected.