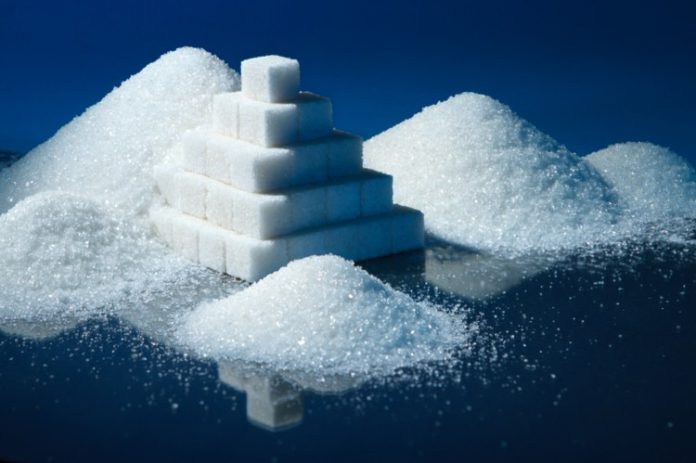 After reaching a high of 15.37 per pound on the third day of January, the price of sugar futures that trade on the Intercontinental Exchange has been on a linear path down, -25 percent to be exact. Sugar has been trapped in a multiyear bear market since El Nino forced a global shortage in 2016 when prices soared to 23.90. Since the high, the price has tumbled more than -65 percent to today’s level of 11.40.

According to a report issued by The United Nations’ Food and Agriculture Organisation (FAO), world sugar production is projected to reach its highest ever level, even outpacing global demand, while trade wars are causing more short-term volatility for prices.

Declining sugar production in Australia and Brazil have been conveniently offset by significant increases in China, the European Union, India, and Thailand, the report said, creating the largest global sugar surplus in modern history as production is expected to surpass global consumption “by a large margin.”

FAO forecasters indicate that the excess supply is coming at a time when world sugar consumption is increasing, a long-term trend fueled by demand from emerging countries due to depressed prices.

Although sugar prices have sustained a bear market for several years, rising international crude oil prices could help prices find support as the crop could be used to make ethanol for biofuels instead of an ingredient for food.

Meanwhile, FAO forecasters point to “complex trends” in the oil crops sector, where future prices of oilseeds and oilmeals are rising even though vegetable oil is declining. The report specifies the instability of markets via the trade wars: “In the past few weeks, the evolving trade dispute between the United States and China introduced considerable uncertainty into the market.”

“While it remains to be seen how trade measures implemented by the two countries will affect markets for oilseeds and oilseed products, China’s pending introduction of retaliatory tariffs on soybean imports from the US triggered a plunge in world soybean and soymeal prices, with strong spillovers effects across the oilcrops complex,” the report read.

Historically, sugar is a highly volatile agricultural commodity due to weather trends: “Unless there’s a weather issue, it doesn’t look that the bulls have any hope for a sustained rally,” said Donald Selkin, a New York-based chief market strategist at Newbridge Securities Corp told Bloomberg.

Selkin also said, “Everybody is trying to do away with sugar and sugary products. You see that in supermarkets and grocery stores. Demand is going to remain less than what’s been in recent years. The price is doomed to stay low for a while.”

However, all might not be lost for sugar bulls if an El Nino forms. Dry conditions could hurt sugar crops in Brazil’s Center-South, the world’s biggest producing region. The potential for an EL Nino weather pattern later this year could also mean some damage to Asian crops: “As a weak El Nino attempts to develop over the next 3-6 months, we must monitor precipitation patterns across major Asian sugar production regions including India, China, Thailand, and Indonesia. Typically once an El Nino is established, this leads to below normal rainfall across most of southern and eastern Asia. If this were to occur, growing conditions would be less favorable than what we are seeing now across this region,” said Ed Vallee, a meteorologist who works with institutional traders.

With world sugar production projected to reach record highs, even outpacing global demand,“All the bearish elements that had sugar pinned down initially are still in place, and some are even worse,” Frank Jenkins told Bloomberg, the president of JSG Commodities in South Norwalk, Connecticut. “We are looking for a long period of time with a very substantial surplus. We are in the fourth or fifth inning of this bear market.”