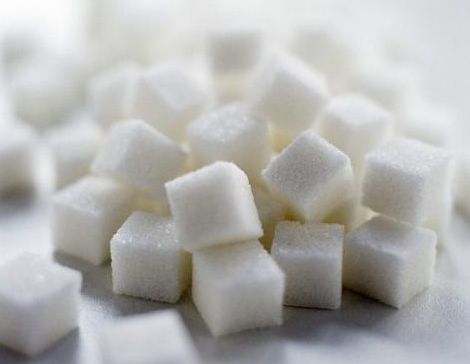 The Rs 7,000-crore sugar package cleared by the Narendra Modi government on 6 June is another instance of taxpayer-funded state intervention to help farmers. The package is a palliative. Rural distress is not restricted to sugarcane farmers; the entire sector has been ailing for quite some time; and redemption is impossible without structural reforms. About half the workforce is employed in agriculture, yet its contribution in the gross domestic product is 15.5%. And things are getting from bad to worse.

During 2010-11 to 2013-14, under the Congress-led United Progressive Alliance, while the GDP registered a growth rate of 7.1%, the farm sector grew at 5.2% per annum. In the last four years, agriculture growth has slowed dramatically—2.5% even as GDP grew at almost the same pace, 7.2%. This has further hurt agriculture.

Three points need to be made here. First, the problems of sugarcane growers pertain to agriculture policy per se. At the heart of these problems lies government control.

Second, farm misery; it is the legacy of the socialist period. Primarily because of political reasons, agriculture has been one of the sectors that have been bypassed by reforms.

Third, there is little in the package to promote medium- or long-term reforms in agriculture.

This leads us to a fundamental question: why should government intervene in the farm sector—or, for that matter, in any other sector—in the first place? If it is for the welfare of cultivators, it has clearly not worked, as evident from agriculture’s share in the GDP. If it is for the consumers of farm produce, again it has not narrowed the huge difference between the prices that consumers pay and the money that that farmers get.

There are thousands of goods and services that we use. In most of them, government doesn’t “help” the producers, service providers, or consumers. Whatever state intervention there is, it is usually intended at facilitating rent-seeking. Just look around you—buildings, furniture, tiles, bathroom fittings, electrical appliances, electronic gadgets, utensils and other household items. And then there are so many electricians, plumbers, carpenters, drivers, mechanics, tailors, daily wagers, engineers, doctors, lawyers, etc.

The truth is that there are no objectively and justifiably defined standards which can explain the very existence of the humungous farm support system. India’s agriculture policy was never rationally thought about. The story writer of the 1957 movie Mother India seems to be its author. For it has long been a mix of sentimentalism, sanctimoniousness, and socialism.

Former US President Ronald Reagan’s famously said, “The most terrifying words in the English language are: I’m from the government and I’m here to help.” His words are truer in India than in the US.

In our country, the class the government has “helped” the most is that of farmers. The results are for everybody to see. Every section that any government pledges to help remains dissatisfied, be it peasants, shopkeepers, small traders, or entrepreneurs running small and medium enterprises, or SMEs. Concomitantly, no politician has ever promised to support capitalists, corporate executives, high net-worth individuals or HNIs; yet they are the most comfortably placed people in our society.

The sugar package should be viewed against this backdrop. Every element of it empowers the state at the expense of the taxpayer and the stakeholders of the sugar sector. Politicians and bureaucrats will create a three-million-tonne buffer stock with an estimated expenditure of Rs 1,175 crore. They will notify the Sugar Price (Control) Order, 2018, under the Essential Commodities Act, 1955, “to fix minimum selling price of white/refined sugar at the mill gate below which no white/refined sugar can be sold and delivered by a sugar mill in the domestic market,” said the official press release.

Then there is the “fixation of minimum selling price of white sugar,” it being Rs 29 per kg at present. Further, “Government will put in place a mechanism to ensure that the retail prices of sugar are kept fully under control… The stock limit on mills will be initially imposed for the current sugar season…” The government also intends to offer interest subvention worth Rs 1,332 crore over a period of five years for capacity augmentation of sugar mills. A huge accretion of state power when what is needed is not money but reform.

By the way, this is not the first time that a sugar package has been announced. There have been many in the past—with little effect on the sugar sector or farmers. The latest edition cannot be expected to work wonders. The lot of farmers can improve only if substantive reforms are carried out by Prime Minister Narendra Modi, who was brought to power to ensure comprehensive reform.