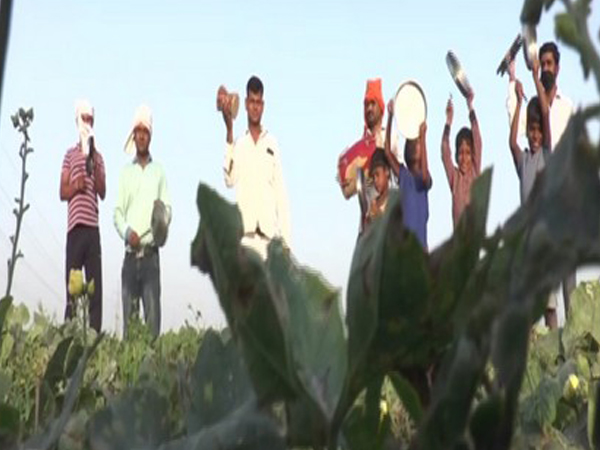 Kanpur (Uttar Pradesh) [India], May 29 (ANI): Locals in rural areas of Kanpur are beating utensils and drums in their agricultural fields as a precautionary measure to ward off locusts.

“The district administration has informed us about the locust attack. We are on alert so that crops are not damaged here,” a farmer said. Another farmer added, “We are beating drums and utensils to keep the locusts away. We are also using chemicals for the safety of our crops.”

In a bid to control the locust attack in the country, Union Agriculture Minister Narendra Singh Tomar had on Thursday said that 15 sprayers will be procured from Britain in the next 15 days.

Tomar held a high-level meeting to review locust control operations in the country. The Centre is in close touch with affected States and an advisory has been issued.

Rajasthan is the most affected state, the spokesperson informed.