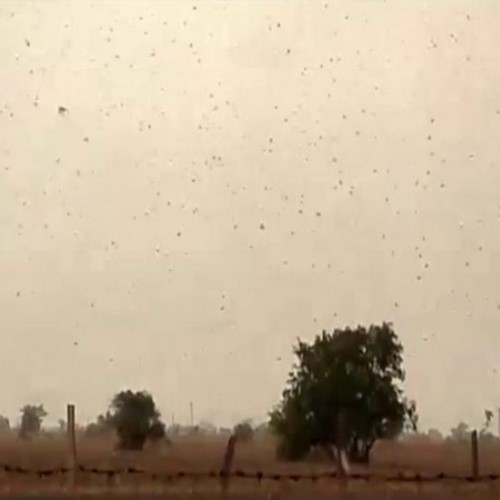 The report informed that the department has granted 120 vehicles for surveillance, 45 vehicles, 800 tractors mounted sprayers, 3200 water tankers to control the attack of locusts.

The report further said that the disaster management department has granted Rs 1.45 crore to district collectors for the activities to control the attacks of locusts. Amount of Rs 14 have been allocated for vehicles and chemical pesticides.

Recently the Agriculture Department used drones to monitor the movement of the locusts in Jaipur’s Samode.