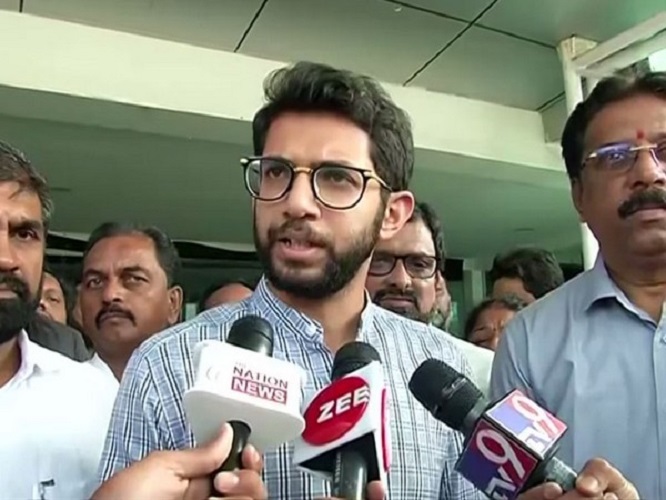 Mumbai (Maharashtra), Dec 30 (ANI): Chief Minister Uddhav Thackeray’s son Aditya Thackeray and former Chief Minister Ashok Chavan are among the leaders who are likely to be inducted in the Maharashtra Cabinet on Monday as part of its first expansion.

Aditya Uddhav Thackeray, an MLA from Worli, is the first member of the Thackeray family to contest elections and is likely to become one of the youngest ministers of the state, according to sources. According to sources in the Maha Vikas Aghadi, Congress leaders Vijay Wadettiwar, KC Padvi, Amit Deshmukh, Sunil Kedar, and Yashomati Thakur will be taking oath as ministers as part of the Cabinet expansion.

Congress will get 12 berths in the state Cabinet expansion, minister and state Congress chief Balasaheb Thorat said on Sunday.

Meanwhile, NCP leader Ajit Pawar is also expected to be sworn-in as Deputy Chief Minister from the Nationalist Congress Party (NCP), the largest party in the alliance, sources said.
On November 28, Uddhav Thackeray took oath as Chief Minister bringing an end to weeks of political instability in the state’s politics after Shiv Sena, Nationalist Congress Party (NCP) and Congress stitched a post-poll coalition as Maha Vikas Aghadi. Six other ministers — two each from NCP, Congress, and Shiv Sena took the oath of office.