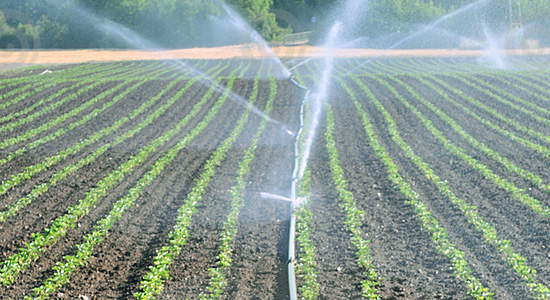 Maharashtra government is planning to pump more money into micro-irrigation projects to double agricultural income by 2022. The government’s ‘More Crop Per Drop’ programme aims to increase efficiency of water use through various measures, like diversification of crops and a phased shift in agricultural practices. In 2018-19, the state plans to optimise water efficiency by 20 per cent. The National Bank of Agriculture and Rural Development (NABARD), in its annual report 2018-19, states, “Currently, gross area under mirco-irrigation is around one million hectares with average area expansed by about 100,000 hectares in five years.”

While conceding the challenges ahead, the report adds, “Considering that Maharashtra’s total area under agriculture is more than 20 million hectares and only 20 per cent of it is covered under the formal irrigation system, at present rate it would take decades before micro-irrigation systems can be installed in every farmer’s field.The government needs to ramp up coverage of the micro-irrigation systems by channelising more investments to bridge the gap.”

Among the two critical measures being undertaken to realise higher agriculture growth and income are increase in cropping intensity and diversification to higher value crops. A senior secretary in the water resources ministry said, “Micro-irrigation is our priority. But we have to gradually make inroads and provide greater incentives to farmers to adopt changes.” Among the incentives is urging financial institutions to provide agriculture loan to eligible farmers for micro-irrigation projects. Public-private partnership in the agriculture sector and contract farming are also high on the government’s agenda.
The state has also decided to bring all the land under sugar cultivation under drip irrigation. The kharif production for 2017 showed an increase in sugarcane crop from 6.33 lakh hectares in 2016 to 9.43 lakh hectares.