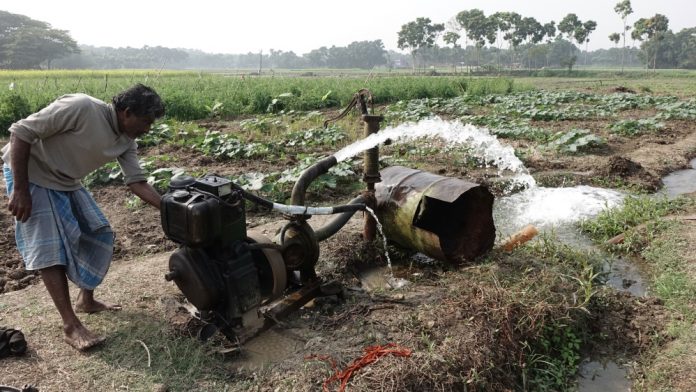 MUMBAI: The monsoon cannot come a moment too soon for Maharashtra. A whopping 71% of the state’s 353 talukas reported a drop of more than a metre in the ground water level by March this year compared to a 5-year average. By now, two months later, the water level is expected to be even lower.

These are findings from a survey by the state’s Groundwater Survey and Development Agency (GSDA), which compared the ground water level in 3,920 observation wells in the state in March with the average water level in the last five years.
Groundwater depletion was highest in the arid Vidarbha and Marathwada regions, the survey found. These regions are largely dependant on rainfall and ground water for irrigation. As many as 40% of the 252 talukas which reported the decline in ground water level are located in Vidarbha and 22% in Marathwada.

Officials say a decline up to a metre in groundwater level is not alarming. However, experts say it is a cause for concern and indicates that groundwater is being extracted at a faster rate than it is being replenished. “The sample is very small so the decline in ground water level is likely to be more intense than reflected in the data,” says water expert Pradeep Purandare, formerly with the Water and Land Management Institute.

“The decline of up to a metre in the ground water level is considered manageable. The readings were taken in March which is at the end of the rabi agricultural season when water levels tend to decline since ground water is used for irrigation,” says I I Shah, additional director of GSDA.

However, the state is witnessing, “the uncontrolled extraction” of groundwater, says Shah. He says ground water is pulled out even during the monsoon months to irrigate cash crops like sugarcane.