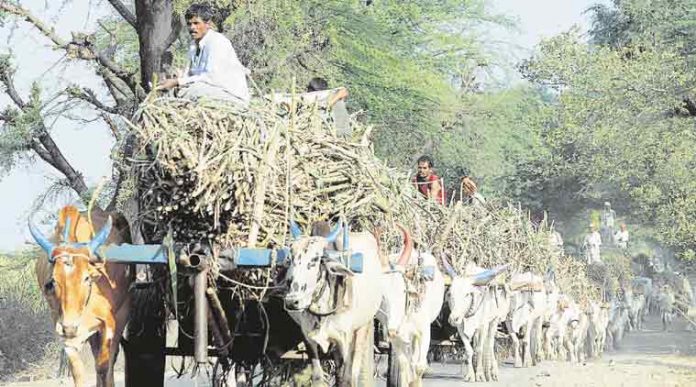 Following a recent notice issued by the Employees Provident Fund (EPF) office in Solapur, asking sugar factories to extend EPF benefits to labourers engaged in sugarcane cutting and transportation, the Maharashtra State Co-operative Sugar Factories Federation has written to the Union labour minister requesting him to direct EPF officials in Maharashtra to stop “insistence of EPF for cane labourers and not to initiate any coercive action against the sugar factories”.

Last December, the regional EPF commissioner of Solapur had issued notices to 61 sugar factories in Solapur, Osmanabad and Latur asking them to start remittance of EPF dues. In all, there are eight lakh sugarcane labourers across the state. The notices were issued under the provision of Employees Provident Fund and Miscellaneous Provisions Act, 1952.

According to sources in the federation, the issue was deliberated at the highest level by the Union government in 2003. However, it has reached an impasse and no action was taken by the EPF authorities then due to alleged pressure from the sugar factory lobby in the state, sources claim. The state has leaders across the political spectrum who are sugar barons and reign control over the federation.

“The bylaws of sugar factories under the Maharashtra State Cooperative Societies Act,1960 which was subsequently amended, clearly states that it is the responsibility of the sugarcane growers/suppliers/producers to supply the cane up to the factory gate,” stated Shivajirao Nagavade, chairman of the federation, an apex body of sugar factories in the state, in his letter to the Union labour minister.

He has also mentioned that such contractors or labourers are never engaged in any work within factory premises of sugar factories. “Their place of work is purely and exclusively in the fields of the farmers and roads culminating at the factory gate,” he added.

“Any insistence of payment of PF for such contractors/labour is not only legally void but gives rise to other dimensions regarding additional burden upon the farmers to bear the cost of the same, timely operation of harvesting and transportation, consequential damage to farmers,” he said.

Nagavade was not available for comment while Hemant Tirpude, Regional Employees Provident Fund Commissioner in Solapur, refused to comment on the issue. However, EPF officials maintained that action initiated by the Solapur office is based on the directives issued by EPF Delhi office in 2002 that was communicated in 2003. “The action is initiated based on letters sent by the EPF office in Delhi in 2003 directing that ‘an employer and employee relationship exists’ between sugar factories and cane labourers,” said an official, requesting anonymity.