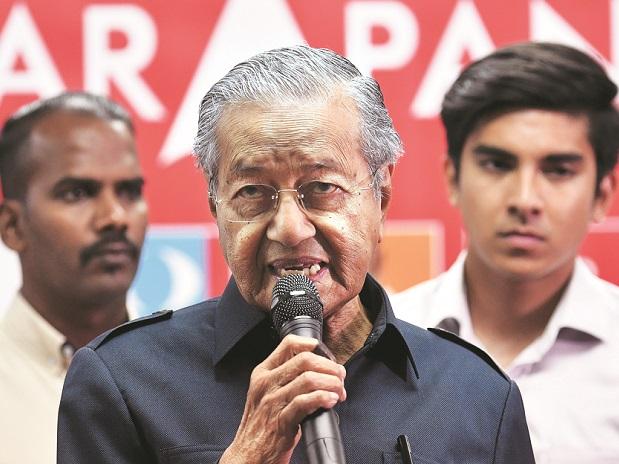 India studied the Malaysian model before implementing the GST and borrowed the anti-profiteering clause to ensure GST benefits are passed on to the end-consumer by the industry.
Malaysia deciding to scrap the goods and services tax (GST) on Wednesday, three years after its roll-out, may prompt India to tread with caution over the next few years to stabilise the new indirect tax regime implemented in July last year.

Although the development in Malaysia may not have any direct impact on India, experts suggest the government should closely study the Malaysian experience, take ‘necessary precautions’, and come up with additional reforms to expand GST in a phased manner.

“Events unfolding in Malaysia are unprecedented and quite interesting. Rolling back the GST system, which is only three years old there, would be challenging for India as well as businesses. It might be worthwhile for the Government of India to closely study the Malaysian experience and take necessary precautions over the next few years,” said Pratik Jain, partner, PwC India.

He, however, added that he does not see any impact on the Indian GST. It came in after years of building political consensus, which led to a constitutional amendment as well.

“The Indian GST is now stabilising, tax base is expanding, inflation is largely under control, and there has hardly been any resistance from businesses,” said Jain.

Malaysia announced it would scrap the 6 per cent GST rate, in line with the electoral promise by Prime Minister Mahathir Bin Mohamad that helped him win the elections last week. The tax rate will be zero from June 1.
M S Mani, partner, Deloitte, said, “It would be good if a phase-wise plan on the additional reform requirements such as expansion of GST into real estate, electricity, petroleum products, etc and changes such as reverse charge, tax collection at source are announced.” He added it would provide a road map for businesses to plan ahead and assured all stakeholders that further reform measures were on track.

The GST was introduced in India from July 1 last year, replacing a slew of indirect taxes – both Centre and states – across India, creating a seamless and uninterrupted chain of input tax credit that checked cascading of taxes. But the implementation turned out to be much more complex than anticipated for the industry, with five different rate slabs and a complex return filing through an unstable GST Network, the information technology backbone.

Considering Malaysia was the last country prior to India to have introduced the GST, it may come as a warning to policymakers in India, said another tax expert. “Expansion of the GST may take longer than expected as the government will tread with caution and ensure it takes the industry along in the reform,” he added.

India studied the Malaysian model before implementing the GST and borrowed the anti-profiteering clause to ensure GST benefits are passed on to the end-consumer by the industry.

Nevertheless, experts suggest India’s GST will not meet the same fate as Malaysia’s due to its unique structure and implementation.

“Malaysia had an absurd situation of a single GST rate of 6 per cent for all goods and services. That is not sustainable. A cycle and a BMW cannot be taxed at the same rate. That is why for India the different rates will work,” said Sumit Dutt Mazumder, former chairman of the Central Board of Excise and Customs. He added India has not borrowed anything from Malaysia, except the anti-profiteering clause.

“While there may be some problems, the GST has brought in tremendous improvement in terms of the ease of doing business. The different rules, laws, and rates in the different states caused difficulties for businesses. Although for the service sector things have become somewhat complex, it has coped well,” said Bipin Sapra, partner, EY.