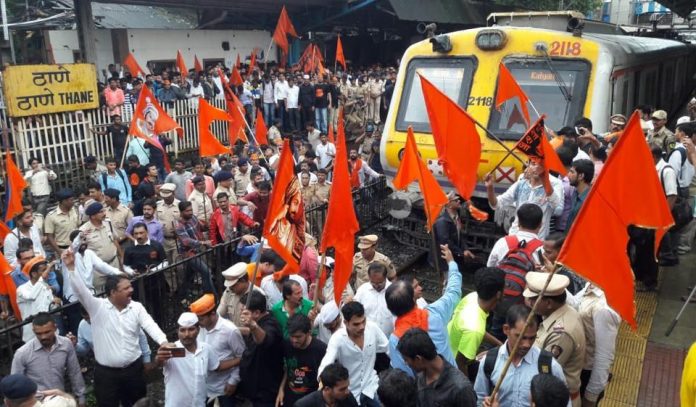 A day after the Maharashtra Chief Minister Devendra Fadnavis announced that the state government will implement the demand to give the Marathas a quota within the end of November this year, the Maratha agitators are still not ready to back down and have said that they will continue with their scheduled protest of a ‘Maharashtra bandh’ on August 9.

As the Maratha quota agitation snowballs out of control and the August 9 sit-in protest followed by the Maharashtra bandh on August 16 looming large, Maharashtra home department has written to the union government seeking 15 companies of central armed police forces.

However, inspite of the announcement the Maratha outfits have refused to call off their August 9 ‘Maharashtra bandh’. “We will not back down from the protest until we get a written undertaking from the Chief Minister and the Chief Secretary that the quota would be implemented by November end,” said Raghunath Chitre Patil one of the convenors of the Maratha Kranti Morcha that leads the protest on reservations.

A BJP leader said it was surprising that the Maratha protests were going on even after the CM’s public commitment of giving the reservations.