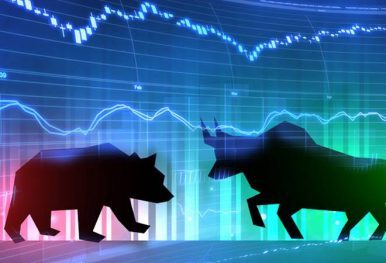 Mumbai, Dec 7 (PTI) The BSE benchmark Sensex rebounded over 200 points to 35,540.49 Friday  on fall in global crude oil prices and strengthening rupee against the US dollar.

Investors also took positive cues from Asian equities after US Fed Chairman Jerome Powell signalled that the three-year tightening cycle was drawing to a close, and IMF chief Christine Lagarde said that the US was not likely to see an economic contraction in the near term.

The rupee appreciated by 46 paise to 70.44 against the US dollar in early trade amid weakness in the greenback against some currencies overseas.

Oil prices extended their losses on worries that a meeting of Opec and non-Opec producers will not agree to a cut in output. Brent crude, the international benchmark, was trading 0.72 per cent lower at USD 59.63 per barrel.

While top losers were Wipro, Coal India, ONGC, Tata Steel, HUL and TCS, falling up to 1.87 per cent.

Shares of HCL Technologies opened over 6 per cent lower after the company said it will acquire select IBM software products for USD 1.8 billion (over Rs 12,700 crore) in an all-cash deal.

The deal will be funded largely through internal accruals, with USD 300 million of debt, HCL Tech said, adding that nearly half of the total amount will be paid at close of the deal.

This is the biggest acquisition for HCL Tech till date, and among the largest by an Indian tech company.

Elsewhere in Asia, Hong Kong’s Hang Seng was up 0.27 per cent, Japan’s Nikkei rose 0.45 per cent and Shanghai Composite Index edged higher by 0.07 per cent in early trade.